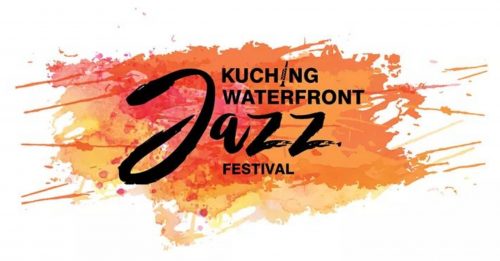 The Kuching Waterfront Jazz Festival (KWJF) will make its return following the huge success of the two previous editions.

The event is set to take place at the Waterfront Walkway of Grand Margherita Hotel here this September 27 and 28, 2019.

In a press conference held prior to the ceremony, Abdul Karim told reporters that the success of the festival in 2017 and last year had triggered a tremendous impact on Sarawak’s tourism industry.

According to him, the festival is well-known by jazz lovers and music enthusiasts from across the Southeast Asian region.

“It has been made known to them that the festival will be held at the same place and on the said date – there will be no further plan to change it,” he said.

Abdul Karim also expected that KWJF 2019 would be grander than the two previous series.

Meanwhile in his remarks, Edwin said a month prior to the festival, existing and new local jazz artistes and bands would be invited to a competition.

“Top performers from this competition will have the chance to perform during the festival alongside renowned local and international artistes.”

Additionally as an effort to promote e-commerce – specifically cashless transaction, Edwin also announced that special discounts would be made available to festival-goers purchasing KWJF 2019 tickets via Sarawak Pay.

The festival is organised by SEDC through its operating unit Grand Margherita Hotel, and managed by Place Borneo Sdn Bhd.

The event also receivess full support from the Ministry of Tourism, Arts, Culture, Youth and Sports, as well as Sarawak Tourism Board (STB).

Later, Abdul Karim handed over cheques to representatives of Association for Welfare of Children with Intellectual Disability (Perkata) and Society for Parents of Children with Special Needs (Pibakat) Sarawak.

It is said that the KWJF is regarded as a corporate social responsibility (CSR) initiative to help these two welfare bodies.

In last year’s KWJF, a number of artistes autographed their posters which were then sold to fans at the event – RM2,000 was raised from the sales of these posters and the proceeds were channelled directly to Perkata and Pibakat Sarawak.

Tickets are currently on sale via www.kuchingwaterfrontjazz.com.