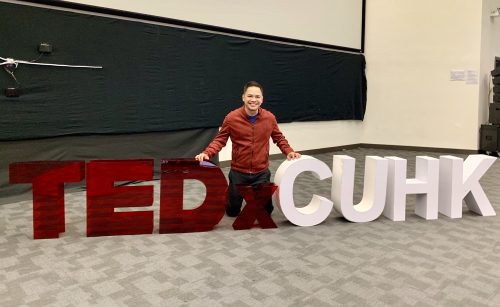 Fresh from his back-to-back TEDx stints in Malaysia, Celebrity Life Coach Myke Celis resurfaces in TEDxCUHK in Hong Kong as part of its roster of speakers last April 6, 2019.

“I still can’t believe it that I was chosen this year. For those who know me, they know that I love going to Hong Kong so much so this is just a dream come true.”

For this particular TEDx, Myke had to put on a Superman costume to emphasize his points regarding his chosen topic, STUCKcess: When Success Plateaus.

“We were brought up to believe that we should be like Superman. Unbeatable. Super strong. Everyone’s hero. But truth be told, more than the end result of one’s personal journey towards success, what matters more is the purpose and how one grew in the process. It’s ok to just be one’s hero within…his own #bestmeever.”

How was the entire TEDxCUHK experience?

“Life Changing. Biggest TEDx crowd I had so far — over 500 people who were waiting to be inspired. I just gave it my all. And based on their reactions after and the reposts I saw on social media afterwards, I guess I lived my purpose. Icing on the cake was that a few days after, my co-speaker, Innocent Mutanga, messaged me on Facebook and told me that my talk was the favorite among the afternoon/evening sessions according to the organizers. I wanted to jump for joy and cry out of gratefulness. It’s a different feeling when you get to inspire people of different races because boundaries are broken. I am just honored and grateful.” 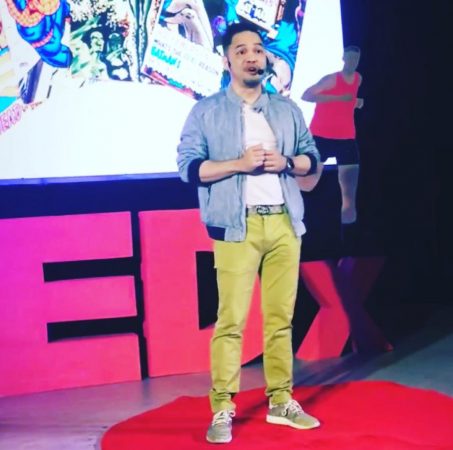 It didn’t end there. Myke had to fly right back to Manila on April 8 to take part in TEDxYouthLucena City in Quezon Province.

“Lagare! Haha! But yes, truth be told, I was also very excited albeit a bit tired because it was my first ever #TEDxYouth stint. And to be giving my talk alongside some of the biggest names in the Philippines, is something I wouldn’t miss. Super thankful for allowing me to be part of this edition. Of course, super saya to inspire the Filipino youth. Start them young!”

In between his talks and hosting stints in multimedia and radio, Myke is busy with his #bestmeever Self-Actualization and Personal Breakthrough Program which will happen on May 3, 2019.

“To be able to help others become their #bestmeever is one of my greatest dreams. Hopefully through this coaching program, I can do just that. One month to achieve goals…100%.”