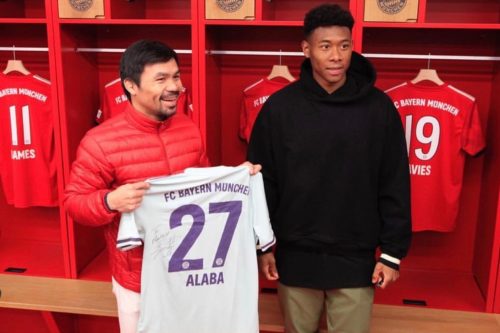 Eight-division world boxing champion Manny Pacquiao, is set to step up his game as a promoter, with his first co-promoted venture with Ringstar Asia of Singapore.

The first co-promoted fight is set to take place at Resorts World Manila, in Pasay City, on March 23, 2019.

This was first reported on Forbes Magazine, which said, “In addition to co-promoting his own fights, Pacquiao’s MP Promotions, in partnership with Ringstar Asia, is now set to present its first full boxing card in the Philippines in March 2019. There are nine bouts with two title eliminators.”

In a video shared by Ringstar, Pacquiao was also quoted, addressing Ringstar Asia Founder and CEO Scott Farrell, “I love your vision with Ringstar Asia. We are looking forward to working with you to build the next world champions in boxing.”

The fight, will be headlined by IBO world champion Michael “Gloves on Fire” Dasmarinas, who is under Singapore-based Ringstar’s banner, and is set to face Kenny Demecillo, in an IBF world title eliminator.

Initially set in Singapore, Dasmarinas’ fight was reset at an earlier date in Manila, for the 23rd of March, and has been launched as the headliner, in the initial salvo of Ringstar and Manny Pacquiao.

Ringstar Founder and CEO Scott Farrell says, “I saw this as a great opportunity to launch the partnership between Ringstar and Manny Pacquiao Promotions. Who wouldn’t take the chance to launch a partnership with the one and only 8-division world champion, and Senator, Manny Pacquiao? I would have moved my event to an even earlier date, or to Mars if I had to. The man is a fighting legend and highly respected all over the world, and across all sports.”

The fight also features top Singaporean boxer Muhamad “The Chosen Wan” Ridhwan, currently with a record of 11-1, and will face Cris Leon.

While other matches in the fight card include: