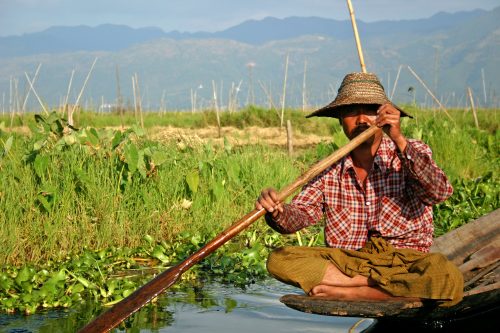 Dr. Cynthia Tan, dermatologist and internal medicine specialist at St. Luke’s Medical Center, said in her article on the medical institution’s website that it can happen.

“It used to be the triad of pale skin, blue eyes and blonde hair that predisposes one to skin cancer. However, with the changes in lifestyle and clothing preferences, break in the ozone layer and exposure to other environmental hazards, the incidence of skin cancer is currently not confined to the white race,” she said.

Skin cancers are divided into two main groups: Melanoma and Non Melanoma Skin Cancers (NMSCs). Melanoma is one of the deadliest cancers. The most common sign of melanoma is the appearance of a new mole or changes in an existing mole such as bleeding, skin discolorations, and crusting.

On the other hand, Basal Cell Carcinoma (BCC) often look like open sores, red patches, pink growths, bumps, or scars and are usually caused by a combination of cumulative, intense, occasional sun exposure.

“Among Filipinos, the pigmented variant is more common, appearing as a dark nodule or papule which easily bleeds. BCC rarely metastasizes but can cause severe local destruction if left unattended,” said Dr. Tan.

Squamous Cell Carcinoma (SCC) can take two clinical forms – either as a non-healing scaly patch or as a big scaly fleshy mass. It usually develops from precancerous lesions which appear as red patches with adherent scales on sun-exposed areas of the body. Unlike BCC, SCC can metastasize to the lymph nodes and nerves if left unattended, according to Dr. Tan.

It is therefore important for people of all ethnicities to do a monthly skin self-exam, looking for lesions that bleed, ooze or crust, don’t heal, or last longer than a month.

Once suspected, skin cancer lesions may be checked initially using a dermatoscope and must be biopsied by your doctor – either through the use of punch or excision biopsy. Your dermatologist would be able to help you decide on the best diagnostic tool to use to confirm the diagnosis.

Early detection is still the best way to fight skin cancer and other types of cancers as this is the time when the cancer is at its early stages and has not yet spread. A simple thorough and periodic skin examination can be done in the confines of the home – starting from the scalp down to the toes, including the webs and plantar surfaces of the feet. A mirror can aid in examining the back. Your dermatologist can help keep track of moles and other skin lesions through a mole chart and medical photographs. Annual checkup with the dermatologist, who uses a dermatoscope to check suspicious lesions for possible biopsy, would be a prudent step especially for predisposed individuals.

It is equally crucial for both dark-skinned and pale-skinned people to manage exposure to the sun and get regular screening for skin cancer especially if they are at high risk such as if they are constantly outdoors, are constantly exposed to carcinogenic chemicals and radiation, and have a history of skin cancer.

A separate article on Skinvision.com echo the same views.

“For many with dark skin, melanoma or skin cancer may seem like a far-off possibility, something that only happens to light-skinned people. The reality is that skin cancer can occur in any skin type, and while it is less common for people with dark(er) skin, it is often deadlier as it is usually detected in the later stages,” it said.

In the Philippines, an advocacy called Hope From Within: Cancer Game Plan PH is spreading optimism coupled-with-action against melanoma and other types of cancers because awareness is crucial such as disseminating the importance of avoiding cancer risks, getting early screening and having knowledge of new treatments such as targeted therapies and immunotherapy.

Remember, fair-skinned or not, everyone is susceptible to skin cancer.