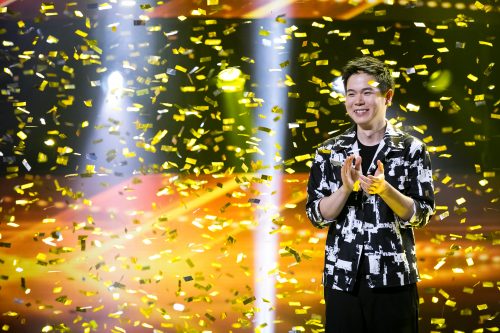 After an intensive 10-week search in Asia which saw hundreds of hopeful acts from across 17 countries auditioning for that one big break, the viewers have voted, and their votes have crowned nimble-fingered magician from Taiwan, Eric Chien, as the winner of Asia’s Got Talent Season 3.

His poetic slight-of-hand tricks set him apart from other Asia’s Got Talent performers, dazzling millions across Asia, and eventually clinching him the win this evening. It is the first time a Taiwanese has landed on this accolade since Asia’s Got Talent started its Season 1 in 2015. 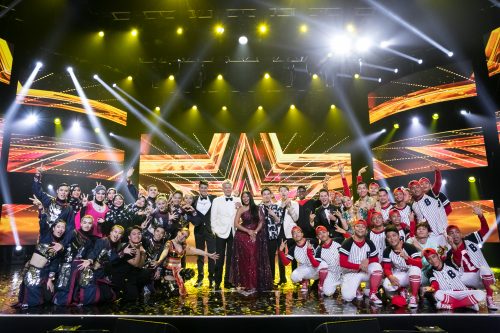 It was a tough competition in last week’s Grand Final show with eight other talented Grand Finalists – hip hop and street dance 16-member crew JUNIOR GOOD VIBES from the Philippines, Taiwanese dance crew MANIAC Family, the feminine yet strong hijab-clad girl group NAMA from Malaysia, contemporary acrobatic dance duo Power Duo from the Philippines, nimble-fingered shadow play master Shadow Ace from the Philippines, powerful and groovy singer Siti Saniyah from Indonesia, human calculator YAASHWIN SARAWANAN from Malaysia and gravity-defying Cyr Wheel performer YANG SHIH HAO from Taiwan. Eric Chien had ultimately proven to be the crowd’s favorite, rallying the most votes to walk away with the grand prize of US$100,000. 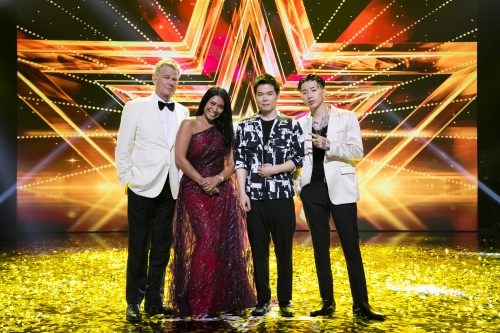 Asia’s Got Talent Season 3 culminated tonight at Marina Bay Sands Singapore, with a star-studded performance by powerhouse judges David Foster, Anggun and Jay Park. The thunderous applause from the floor when David opened the judges’ performance proved the legendary status of the 16-time Grammy Award winner. He elevated the show with the addition of American Idol sensation Pia Toscano and classical crossover vocalist Fernando Varela who stunned the audiences with their powerful vocal prowess singing “You Raise Me Up” and “All By Myself”. Anggun breathed new life into Italian singer-songwriter Lucio Dalla’s famous classic “Caruso”, delivering an impossible operatic duet with the late Italian tenor Luciano Pavarotti. Finally, Jay Park brought the house down with the premiere performance of his long-awaited new single “K-Town”, which was produced in collaboration with famed American Record Producer Hit Boy, first on Asia’s Got Talent.

“Asia’s Got Talent has really been an important platform that allowed me to showcase my magic to the world. Given the stiff competition, I didn’t see this win coming. It’s a humbling experience. I would like to thank all acts of Season 3 that have come together to show the world the talents we have in Asia,” said Eric Chien, winner of Asia’s Got Talent Season 3. “As the first Taiwanese act to come out top, I really hope I’ve made everyone back at home proud and inspired more magicians to come forward.”

“Asia’s Got Talent Season 3 has seen a diversified display of talents, exceeding expectations of talent shows as well as geographical representation. We have also seen a new phenomenon where fans have risen above nationalistic feelings, and cast their votes for acts based on merits and appeal. All these have anchored Asia’s Got Talent as a valued platform for talented Asian acts. I am grateful that these world-class performances have given AXN great content to deliver a high-quality production to delight and thrill our global audiences, and this has made AXN the #1 International channel during Asia’s Got Talent Season 3’s premiere timeslot collectively in Malaysia, Philippines, and Singapore*! Finally, I would like to congratulate Eric Chien on the well-deserved win, and a big thank you to the remaining eight finalists and judges David Foster, Anggun and Jay Park, for another amazing season of Asia’s Got Talent,” said Virginia Lim, Senior Vice President & General Manager, Networks and Distribution, Sony Pictures Television.

Asia’s Got Talent is supported by regional sponsors Princess Cruises, the official cruise line of Asia’s Got Talent; Great Eastern, the market leader and a well-established trusted brand in Malaysia and Singapore; and GoDaddy, the world’s largest cloud platform dedicated to small, independent ventures.

Asia’s Got Talent is the 67th adaptation of the Guinness-World-Record-breaking hit “Got Talent” format, which was created by Simon Cowell’s Syco Entertainment and is co-produced by FremantleMedia. The “Got Talent” format is officially the most successful reality TV format in history and currently airs in 186 countries.