Sponge Cola To Hold “Sea Of Lights” Concert On March 29 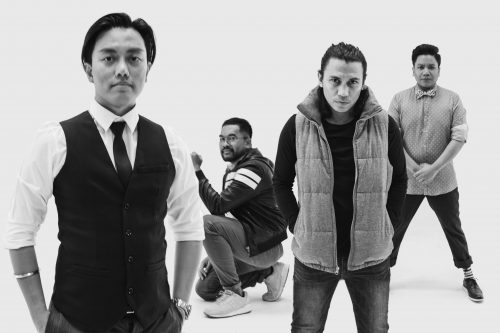 This year, Sponge Cola will be celebrate another great year of being one of the premiere OPM rock bands in the industry – and in true Sponge Cola fashion, they’re bringing their songs, both old and new, straight to their audience through their one-night intimate concert “Sea of Lights” on March 29, 2019 at the Power Mac Spotlight Circuit Makati at 7:00 PM.

Since they started, the band (composed of frontman and lead singer Yael Yuzon, guitarist Erwin “Armo” Armovit, bassist Gosh Dilay, and drummer TedMark Cruz) has been delivering non-stop hits that are already integral to many Sponge Cola supporters and OPM fans alike. Their catalog spans all their multi-awarded albums, which include certified hits such as “Jeepney,” “Gemini,” “Nakapagtataka,” “Bitiw,” “Tuliro,” “Puso,” “Tambay,” “Kunwari,” and so much more. They have no doubt been a part of the journey of many Filipinos, may it be through teleserye soundtracks or their life soundtracks. 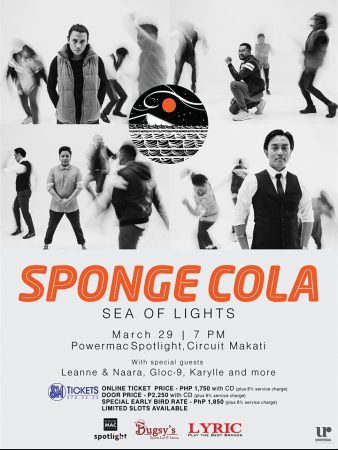 This journey continues with the upcoming release of their latest album “Sea of Lights,” a collection of songs that celebrates the sound and musical style that the band is known for, while also experimenting with new sounds into the mix. The album includes songs such as the previously released songs “Phantoms,” “Paliyabin Na Ang Lahat,” “Meron Ba?,” “Promises (feat. Karylle),” and many more songs that will be performed live for the first time in concert. As a bonus, concert-goers will also receive a limited edition physical copy of the album.

The concert will not only feature songs from their latest album, but will celebrate their greatest hits, together with intricate and well-planned production numbers that will be a delight to all attendees. Joining the band in concert will be special guests Leanne and Naara, I Belong To The Zoo, and Karylle. Directed by Paolo Valenciano, the “Sea of Lights” major concert will be on March 29, 2019 at the Powermac Spotlight, Circuit Makati.

Watch out for the release of the music videos “Meron Ba” and “Promises (feat. Karylle), and the “Sea of Lights” album soon, under Universal Records.