In Peter Rabbit 2, the lovable rogue is back. Bea (Rose Byrne), Thomas (Domhnall Elliott), and the rabbits have created a makeshift family, but despite his best efforts, Peter can’t seem to shake his mischievous reputation. Adventuring out of the garden, Peter finds himself in a world where his mischief is appreciated, but when his family risks everything to come looking for him, Peter must figure out what kind of bunny he wants to be. 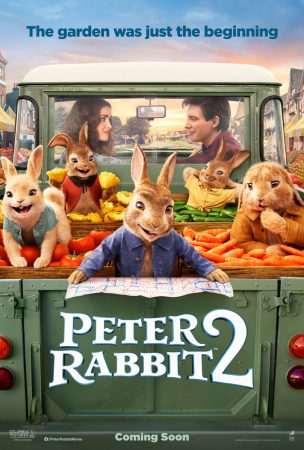