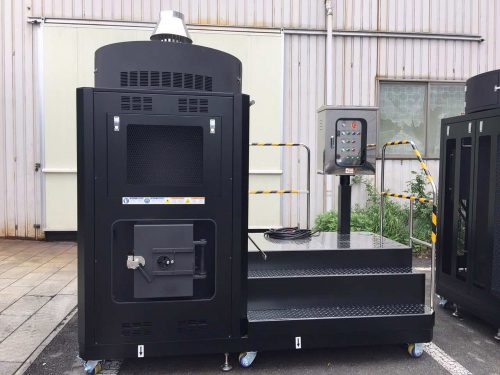 Proper solid waste management in the Philippines remains a serious problem. In the midst of the alarming increase of garbage Filipinos generate resulting in garbage-filled streets, rivers, and drainage as well as insufficient over-burdened landfills, the country is still searching for an effective solution to waste problem.

In an effort to reduce and eventually obliterate the worsening effects of the overwhelming increase of garbage on health and environment, the government, Specifically the Department of Environment and Natural Resources (DENR), is looking into smart alternatives with less environmental impact.

One such alternative is the use of incinerators. An incinerator is an equipment used for burning waste materials at high temperature until it is reduced to ash.

In the Philippines, Clean air Act of 1999 banned the use of incinerator because it is believed to emit poisonous and toxic fumes. However, in 2002, DENR released a clarification on the incinerator ban in the country and wrote, “Section 20 does not absolutely prohibit incineration as a mode of waste disposal, rather only those burning process which emit poisonous and toxic fumes are banned.”

Incinerators convert municipal solid waste into a useful by-product. It uses a lot of processes to minimize the risk to health and environment. The most innovative process is the use of pyrolysis technology. Pyrolysis is coined from the Greek terms pyro or fire and -lysis or separating. It is the industrial process of breaking down large molecules of waste such as agricultural residues, scraps, tires, and non-recyclable materials into smaller molecules of gas, oil and carbon black. The common by-product of pyrolysis technology is ash which can be mixed with aggregates for construction purposes.

Many incinerators now have no smoke, no smell nor loud noises. If integrated with solid waste management, incinerators can reduce carbon emission from waste transfer, reduce cost of solid waste disposal and promote zero-waste-to-landfill.

Incinerators can be used in multiple, end-to-end solutions that provide immediate solution to complete sustainable solid waste management in the country.