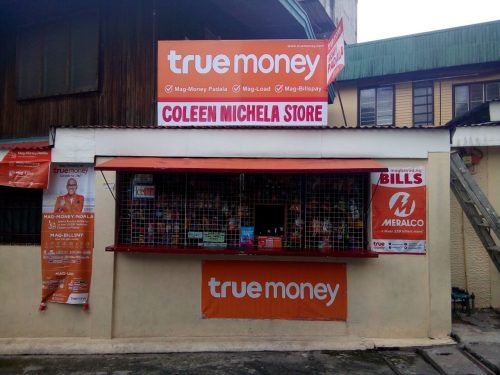 TrueMoney ensures accessible of its services for people in provinces and remote areas
by allowing sari-sari stores, bakeries, and pharmacies to be TrueMoney partners.

In 2012, the United Nations Educational, Scientific, and Cultural Organization (UNESCO) reported that roughly 1.4M workers moved to Metro Manila from the provinces, making it the top destination for domestic migrants.

Evelyn Dahay, a general services aide at a Makati firm and who has been sending money to her family in Roxas for over 20 years, is just one of the millions of Filipinos who flock to the capital for better employment over the years.

The Philippine Statistics Authority recently reported that a family of five needed at least PHP 10,481 a month to afford basic food and non-food needs. As the cost of basic goods and services increase with a rising inflation rate, workers like Dahay make efforts to scrimp and save for their families back home.

Leading Fintech company TrueMoney Philippines recognizes the sacrifices that go into every peso sent home. With over 20,000 TrueMoney centers nationwide, the company has one of the most expansive payments and remittance networks in the Philippines.

“The value of Filipinos’ hard-earned money increases when you understand the blood, sweat, and tears that were put into earning it.” Jacqueline Van Den Ende, CEO of TrueMoney Philippines, says.

Inclusivity through Convenience and Accessibility

Finding a conveniently-located remittance center is important for workers like Dahay who are frequently on call.

Committed to providing accessible and low-cost financial services to suit the lifestyle of Filipinos, TrueMoney’s framework allows the nearest sari-sari stores or bakeries to become a TrueMoney partner, which made them ubiquitous even in small, hard-to reach provinces nationwide.

Inclusivity through low- or even FREE- remittance fees

Irish Walo, a 26-year old mother of one, jumped at the opportunity to live and work in Manila so she can contribute to her family’s expenses while her husband tends their land in Cagayan de Oro.

“I send money to my family in Cagayan De Oro every month,” Irish shares. “That means every month, I pay for remittance fees, and sometimes I think it’s a waste since I can save them up instead or send more to my family.”

“In this country, when jeepney prices increase even by a peso, that can mean a lot for a person’s daily budget.” Van den Ende says. “This is something we can’t turn a blind eye on, that’s why we’re offering something our competitors can’t – FREE Padala para sa lahat.”

TrueMoney has one of the lowest remittance fees in the country and is now offering FREE Padala promo throughout its 20,000 outlets nationwide for a limited time only. This enables customers like Evelyn and Irish to send money for free when they send money between PHP 1 to PHP 1,000.

For Filipinos, money is much more than bills in their pockets. They work to give their children an education, ensure they have food to eat and provide for the future. They are sending hope with every padala. 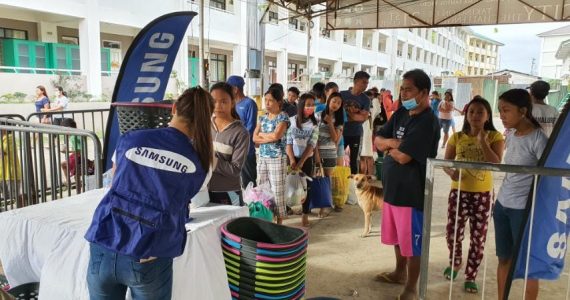 Team Orange 26 Jan 2020 0 comments
Less than a week after the recent Taal Volcano eruption, Samsung Philippines headed to Batangas and lent top-of-the-line washing machines to aid affected victims, making it possible for them to…

Team Orange 26 Jan 2020 0 comments Movies
Two men, one mission. Save 1600 lives. If they fail, it will be a massacre. Now, there is no turning back. And every second counts. Sam Mendes, the Oscar®-winning director…