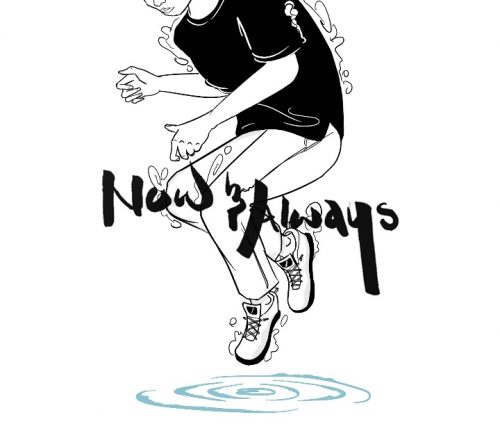 Singapore-based artist VALIANTES releases his second single, ‘Now and Always’, via Umami Records on Friday, May 17.

A breezy ballad that belies the song’s twists and turns about the uncertainty of love and faith, the singer-songwriter shares an interesting anecdote about two of his friends that inspired him to write ‘Now and Always’ –

“The song was inspired by a love story of Danny and Stella. They met when Danny was 16 in JC and Stella was 21 in Poly. They had thing and went out a few times. However Stella felt she was taking advantage of this young boy so she called it off.

Danny was heartbroken and depressed. Over the years Danny and Stella slowly became the best of friends, and about 15 years since their first crush, Stella told Danny “Hey, do you wanna marry me, because if not I have look elsewhere.”

Danny told her he doesn’t feel the same way, but he was willing to seek council of the pastor. They went through some tests and some sessions and realised they were actually perfect for each other.

So Danny went home and prayed. He asked God for the right signs and feelings if this was the woman God would want him to marry. In faith, they went out a few more times, and slowly, the feelings came. They are now married with one beautiful girl, Christina.”

The troubadour, known around the local open-mic circuit for his heartfelt lyricism and compelling solo performances, draws upon his experiences travelling around Europe on his debut entry. Citing sonic influences from John Mayer to Jack Johnson, VALIENTES delicately weaves the lighter and lonelier moments of travelling solo into ‘Wasting Time’.

‘Now and Always’ is the second single off an upcoming album that VALIANTES says began as “a bedroom project to record some of this moments in life that I wanted to remember.” The single will be available for digital ordering on May 17 here.

VALIANTES otherwise known as Vincent Tan, singer-songwriter from Singapore. Light, stripped down and honest, each song reveals almost a dairy-like context to his everyday music and song. A sound that cannot be replicated away from Singapore, Vincent mixes local sounds and mellow beats.

With influences like Jon Foreman, Jack Johnson, Charlie Lim, John Mayer and Damien Rice, VALIANTES produces music that is genuine and straight to the heart. He started by playing open mics around school and has now performed for events like Red Dot August at the Esplanade, Live Lounge at NUS, The Climate Action Carnival at Marina Barrage, Overhear at Timbre Barbershop, and Green is the New Black Event at Parkroyal.