ZEN Rooms, Asia’s leading hotel chain, together with one of its partner hotels in the Philippines, Selah Garden signed off a partnership to host this year’s candidates of the Miss Asia Pacific International.

Now on its 4th edition since its relaunch in 2016, Miss Asia Pacific International is again hosted by the Philippines and promises a memorable one from the pre-pageant events starting on October 04 all the way up to the grand coronation night set to take place on the 9th of October at the Newport Performing Arts Theater of Resorts World Manila in Pasay City.

Considered to be one of the most distinguished beauty pageants in Asia, this year’s pageant will surely make its mark with around 80 beautiful candidates from across the continent, vying for the coveted title. 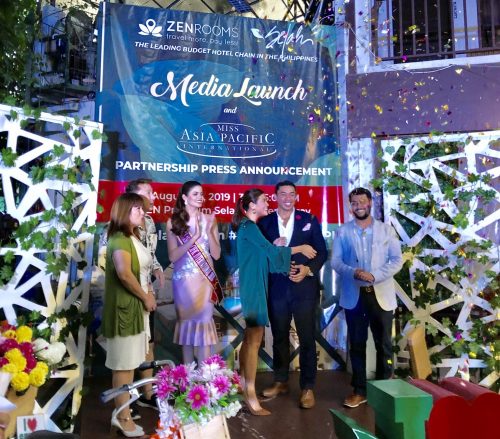 ZEN Rooms immediately welcomed the opportunity to partner with a beauty pageant for the first time. “ZEN Rooms is the number 1 budget hotel chain in Southeast Asia and so is Miss Asia Pacific International when it comes to beauty pageants. For years both of us have been on top of our game so it was natural for us to enter into this symbiotic relationship that signifies high standards and affirms our market leadership.” said by ZEN Rooms Philippines’ Regional Marketing Director, Amit Shukla.

Starting October 01, all candidates of Miss Asia Pacific International 2019 will be staying at ZEN Premium Selah Garden Pasay until the Grand Coronation Night. ZEN Rooms prepared a number of engaging activities for the candidates as well as a visit on their other hotels in Metro Manila such as ZEN Rooms Selah Pods and ZEN Premium Rockwell Makati. On October 03, the hotel chain will formally welcome the candidates from across Asia and present them to the Media through a Press Party. ZEN Rooms is also set to award its recipient of the title “Miss ZEN Asia Pacific International 2019” during the preliminary Swimsuit Competition on October 05 and on October 12, ZEN Rooms and Selah Hotels will be hosting a Pool Party as an after-party celebration for the new titleholders.

“As an international pageant, we are very excited to partner with world-renowned brands like ZEN Rooms and Selah Hotels. Like how their hotels embrace and promote each culture they are located, we celebrate the individuality of our candidates as they represent their respective nations. In that, we are aligned in seeing the beauty in diversity,” explained by Miss Asia Pacific International General Manager, Essa Santos.

In line with all of the offline activities, ZEN Rooms will also be engaging its online community to be part of this partnership through an online competition where the lucky winner can get a chance to stay with the candidates at ZEN Premium Selah Garden Pasay, exclusive invite to all the events, and VIP tickets to the Grand Coronation Night on October 09. The launch of the online competition is on September 09 at www.zenrooms.com and ZEN Rooms’ Facebook page, facebook.com/zenroomsph. 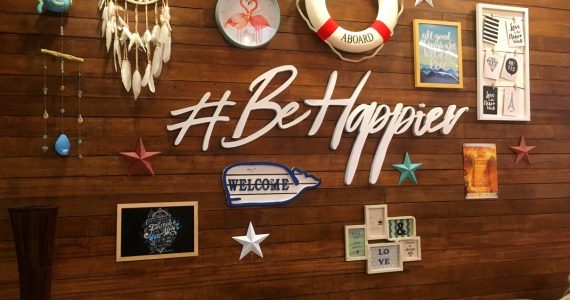 Jeman Villanueva 21 Jan 2020 0 comments
Most businesses today aspire to be “people-oriented” but what does that really look like? At TDCX, a premium boutique BPO (business process outsourcing) company with roots in Singapore, “Welcome Home”…