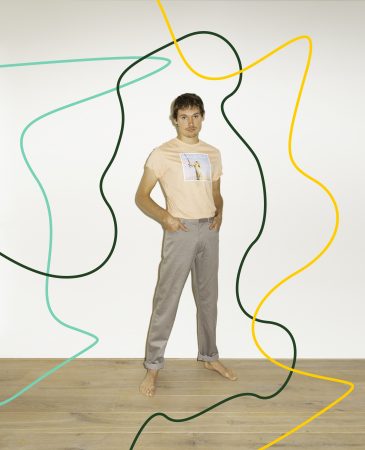 Waiting For Smith is singer/songwriter Harry Lloyd. Formerly a ski instructor in the French Alps, Lloyd broke his back in two places during avalanche training. Wondering whether he’d survive in the helicopter on the way to the hospital, he had an epiphany that if he was ok that he should dedicate his life to music.

After spending a year in bed recuperating and learning to play guitar, he formed Waiting For Smith, named after endlessly waiting for their original drummer Smith, who always failed to show up.

Following the release of the effervescent “Long Life”, Waiting For Smith unveils “Lines of Love”, emphasising that in times of doubt, often all we need is a compassionate ear.

Produced by Andy Wright and Gavin Goldberg (Eurhythmics, Annie Lennox, Massive Attack, Natalie Imbruglia, Jeff Beck), “Lines of Love” was inspired by a long-distance phone call walking around King Cross at night. The song is a plea for someone to hold on through a difficult time in their life, to know you will always be there for them no matter what, and that everything – even the hardest times – will pass eventually.

Glowing tones and mellow melodies emit an almost therapeutic sensation, steadily building into an undeniably catchy chorus. Through organic instrumentation and beautifully soothing vocals, the sun-soaked “Lines of Love” shimmers with authenticity, resulting in the perfect concoction of gentle indie folk. With intricate backing vocals providing a sense of comfort, the songwriter has established a charming and sophisticated sound, ideal for those lazy summer days. Lloyd confides, “I want people to feel hopeful when listening to Lines of Love, to dance carefree and even raise their hands in an almost tribal sense of unity. We can overcome the speed bumps in the road, our lives and our relationships and that is surely where the good stuff comes from – out of the struggle.”

Fascinated by change, Lloyd’s music is inspired by the ability we all have to evolve ourselves for the better. He shares, “I’m also a hopeless romantic, so a lot of my songs focus on the different angles on love.” The musician confides how music is like a free form of therapy and hopes that he can bring a similar liberating feeling of comfort and emotion, to make listeners smile and sometimes cry.

Waiting For Smith has seen success garnering over 327,000 streams on Spotify, 95,000 YouTube views, over 20,000 Facebook followers and almost 15,000 Shazams – as well as landing radio play on over 180 stations around the world, including by Huw Stephens on Radio 1, Dermot O’Leary and Jo Whiley on Radio 2, Tom Robinson on 6 Music, Maz Tappuni on Radio X, Flux FM in Germany, Radio One in India, Radio Doble Nueve in Lima, Peru and KROQ and KISS FM in the USA. He’s received over 2000 syncs internationally. From the US to Finland and Indonesia, WFS tracks have provided the sonics for the Japanese Grand

Prix and a big series in Spain Vis A Vis, to the stand-out soap in Germany and one of the biggest TV commercials in Spain in 2019, the Christmas ad for El Corte Ingles. With features in British GQ, Rolling Stone India, MTV Germany, Clash Magazine, Earmilk and Holland’s JFK Magazine, Waiting For Smith’s mission is to engulf the world with unforgettable melodies spreading a much-needed message of positivity.