AirAsia Philippines and Liter of Light Organization officially took off on its mission to provide sustainable solar light powered bottles to underprivileged communities, with its first stop in the newly launched destination— Zamboanga. 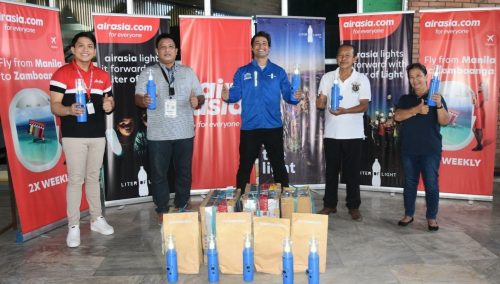 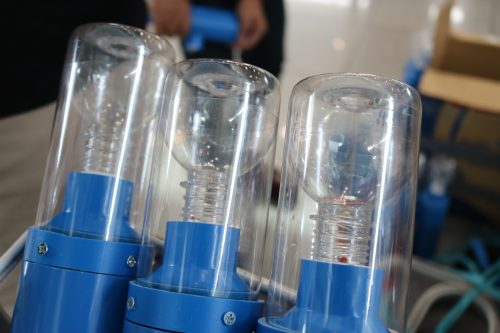 Each lighting devices can last for up to 5 years

The solar powered light bottles which can light up an area of up to 50 square meters for 14 hours will be distributed to the 65-family beneficiaries belonging to the Subanon and Sama Bangigi tribes from Simariki Island, Barangay Talon-talon, Zamboanga City.

The Subanon and Sama Bangigi Tribes were among the indigenous communities heavily affected by the 2013 Zamboanga Siege. Simariki Island was one of the most devastated areas, as the incident resulted in the community’s destruction, and loss of livelihood and community structures, leaving them at ground
zero.

With the community’s main source of income centered on fishing and seaweed farming that is incorporated in their culture, lighting is a necessity to aid them in their livelihood and education,
especially at night.

The challenge of not having electricity in houses on stilts has been severely aggravated by the ongoing COVID19 pandemic. Simariki Island can be reached through a 20-minute drive by land and a 15-minute banca (motorized boat) ride.

AirAsia Philippines CEO Ricky Isla said, “The 2013 Zamboanga siege was a difficult time, especially for our Muslim brothers and sisters. These bottles shall illuminate not only their homes, but their lives, as it gives hope that there is indeed a better and brighter future for all of us.”

“AirAsia is indeed grateful to have partnered with Liter of Light in providing support and assistance to indigenous communities who are in need. We are with you and this is just the start. We look forward to continuing our mission of lighting it forward,” he added.

Local Chieftain Nasir Ismula said, “We thank AirAsia and Liter of Light for bringing us these liters of hope. Hope because this will significantly help our livelihood and will aid our children who study at night. We are grateful because although we are far, you made us feel that we are remembered.” 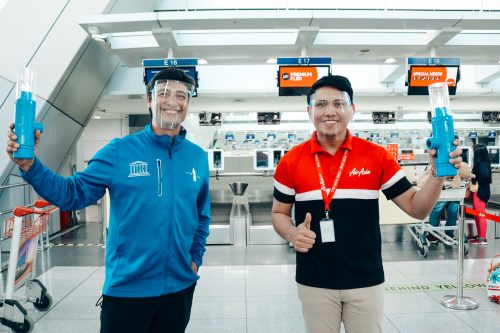 ‘Lighting it Forward’ is the AirAsia and Liter of Light Org’s battle cry as they plan on bringing the lighting devices to poor and indigenous communities in the country. (From left to right: Liter of Light Org Founding Chairman Illac Angelo Diaz and AirAsia Philippines Spokesperson Steeve Dailisan)

Liter of Light Org founding Chairman Illac Angelo Diaz said, “The purest form of helping is to make yourself obsolete. With AirAsia, we are not only providing the initial materials for building Solar Lights and Public Lights, but also transferring technology and know-how to Zamboanga so that slowly, these green technologies can start here in parallel.”

“Energy poverty must be decentralized and localized to where the community needs to be empowered. Thanks to AirAsia, we can now bring our workshops down to the South,” he added.

AirAsia and Liter of Light Organization signed a memorandum of agreement on 22 October 2020, as the latter’s official airline carrier.

AirAsia flies to Zamboanga twice weekly, every Tuesday and Saturday.