AirAsia Philippines (Z2) marked its longest flight to date over the weekend on a mission to repatriate 125 Filipino sea crew from India. 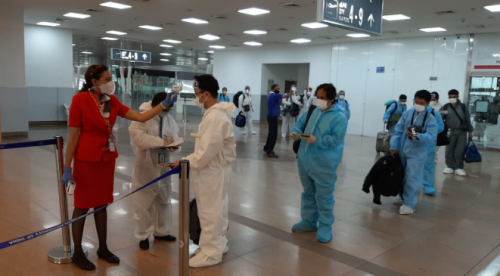 The 14-hour flight, which flew from Gujarat, India to Manila, was coordinated by five local manning agencies whose seamen had been stranded in Bhavnagar for weeks.

The chartered flight departed Manila at 7:05 AM (local time) on July 18. It left Sardar Vallabhbhai Patel International Airport, Gujarat, India, with the sea crew on July 19 at 9:00 AM (local time). Flight Z2 115 arrived in Manila on the same day at 9:28 PM (local time).

Given the length of the flight, the aircraft had a scheduled technical stop to refuel at Netaji Subhas Chandra Bose International Airport in Bengal, India.

AirAsia Philippines CEO Ricky Isla said, “We are pleased to have not only mounted the longest flight ever for AirAsia Philippines but, at the same time, helped repatriate Filipinos overseas. We know how much they have longed to come home and we are honored to be part of their safe return to the Philippines.”

The special recovery flight was facilitated by the Department of Foreign Affairs and Regent Travel Corporation.

Prior to this flight, AirAsia Philippines’ longest round-trip flight was between Manila and Yangon on June 12, with a duration of 8 hours. It was a special recovery flight carrying 152 Myanmar nationals from Manila.

AirAsia Philippines has mounted nearly 400 special recovery and cargo flights since 16 March 2020, flying over 25,000 passengers and over 600,000 kilograms of cargo to nearly 30 domestic and international destinations.

AirAsia assures that the safety and wellbeing of our guests and Allstars is our top priority. AirAsia is complying with advice and regulations from the local government, civil aviation authorities, global and local health agencies, including the World Health Organization.

AirAsia is closely monitoring this situation and reserves the right to announce further policies according to the latest developments. 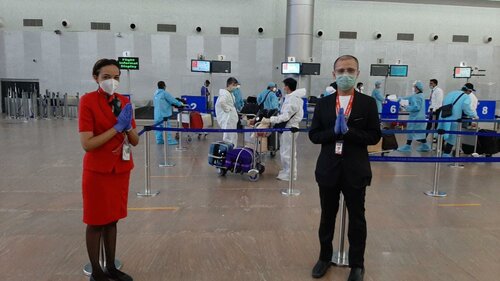 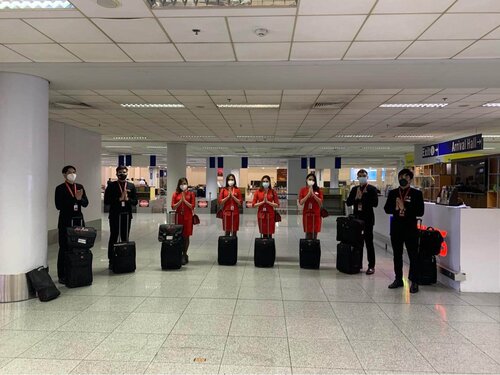 AirAsia Ground and Cabin Crew ready to assist guests to be repatriated from India to Manila.