Avida Land continues to pay it forward, anchoring on gratitude for its almost 50,000 households and advocacy for homegrown artistry for the culminating activity of its 30th anniversary. 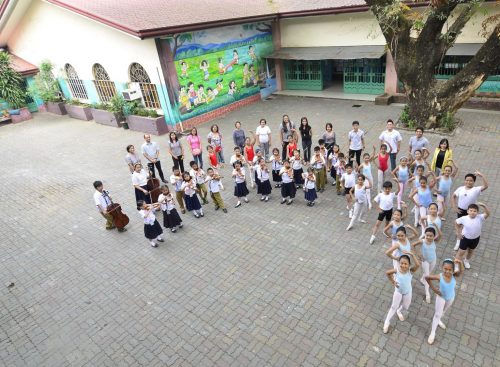 The beneficiaries of Ayala Foundations Student Online Access Program come from the most disadvantaged families in Tondo, Batangas, and MIMAROPA

In upholding the Ayala group of companies’ crusade to uplift the lives of Filipinos, the sister companies teamed up for a virtual fundraising concert for the benefit of Ayala Foundation’s underprivileged students.

Avida has long been united with Ayala Museum in celebrating the things that ignite one’s passions and that inspire them to live life to the fullest. Being synonymous to delightful and inspired living, Avida did not look far in choosing a group to “celebrate life” with on its third decade of making dream homes a reality for middle-income Filipinos. Five years into partnering together for various activations geared at promoting art and history, and inspiring everyone to pursue their passions, Avida and Ayala Museum took their collaboration up a notch by supporting a cause that is close to their hearts.

For its 30th anniversary, Avida once again joined forces with Ayala Museum to bring The Rush Hour Concerts online for the very first time. The virtual concert, set to go live on October 30, 2020, is a way for the museum and the Manila Symphony Orchestra to make classical music more accessible to the public. The initiative is part of Ayala Museum’s Get Access, Give Access fundraising campaign that gives internet access to underprivileged students from all over the Philippines for their online education. Keeping the spirit of gratitude and hope amid this trying time, Avida seized the chance to uplift more lives and saw it fit to celebrate its 30-year milestone for this higher cause.

By adapting The Rush Hour Concert experience to the digital space, audiences can get access to Manila Symphony Orchestra’s full repertoire from the comfort of their homes and at the same time give online access to Ayala Foundation’s students in this time of distance learning. 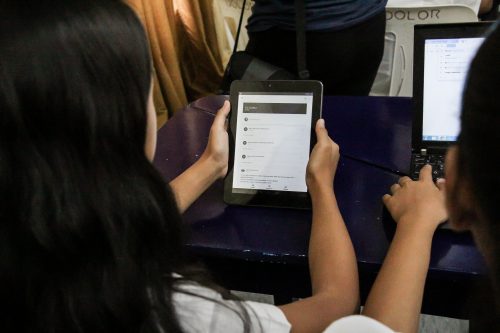 The proceeds from The Rush Hour Concerts will be donated to the Ayala Museums Get Access, Give Access fundraising campaign that gives internet access to underprivileged students

“Avida has been a long-time partner of the Ayala Museum and we are grateful that in celebration of their 30th anniversary, they have decided to support this fundraising campaign and join us in bringing The Rush Hour Concert experience to the virtual public,” says Ma. Elizabeth L. Gustilo, Senior Director for the Arts & Culture Division of Ayala Foundation, Inc.

The beneficiaries of Ayala Foundation’s Student Online Access Program include their scholars aged 5 to 21 who come from the most disadvantaged families in Tondo, Batangas, and MIMAROPA. Majority of them have limited access to digital tools and the internet, with 80% resorting to prepaid connectivity for their online schooling. Through the virtual Rush Hour Concert, Avida and Ayala

Museum will be able to provide a child with internet access for one year with every ticket sold, with their target set at 500 children by the end of the fundraising initiative.

“Marking our 30th anniversary in these unprecedented times is a challenge, but we saw this as an opportunity to celebrate life by enriching more lives,” says Tess Tatco, Avida Land Marketing Head. “As we look back with gratitude and look forward with hope for a better tomorrow, we made it our mission to continue advocating for Filipino talent while giving hope to our nation’s future—the children.”

Join The Rush Hour Concert online on October 30 at 6:00 PM, and celebrate 30 years of home through three decades of The Best of OPM. Enjoy symphonic renditions of your favorite homegrown music from the 1970s to 1990s performed by the renowned Manila Symphony Orchestra with special guest, the Manila Symphony Junior Orchestra. From the hits of Ryan Cayabyab up to the Eraserheads, not only will you be in for a night of sublime music; you will also be able to help underprivileged students gain access to online learning.

The Rush Hour Concert tickets can be purchased through Ayala Museum’s official website and Facebook page, or TicketWorld. The regular access rate is priced at P1,000 while senior citizens, PWDs, students, and teachers can avail of the discounted access rate of P700.