In any barangay or town, a public school does not only serve as a hub for learning, it also serves as an important center in the life of a community. Often, community members gather on the grounds of the school for events and other activities.

Although all schools in the country have seen significantly educed activity in compliance with national guidelines on community quarantines and social distancing, public schools an important symbol of community life and solidarity. 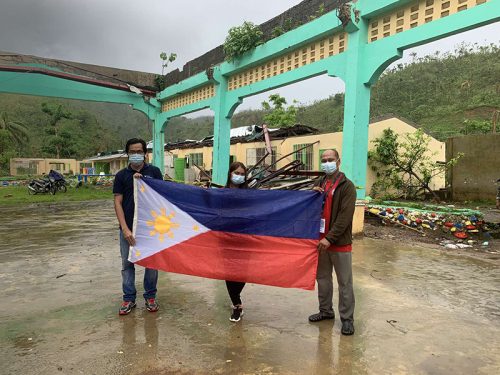 This is one of the reasons why Ayala Foundation, together with the Ayala group of companies, included the provision of materials for the repair of Dugui 2 Elementary School in Virac, Catanduanes, which experienced devastation during the onslaught of Typhoon Rolly early in November.

Dugui 2 Elementary School is located near a river, near the outskirts of Virac. It is a 7-km drive on the mountain ridge of Catanduanes. It is a relatively small school with a student population of 252, and with a 12-person teaching staff. At the height of the onslaught of Typhoon Rolly, the single-story school experienced flooding that reached up to the ceiling of its 10 classrooms. The strong winds also led to the collapse of the school’s roof. 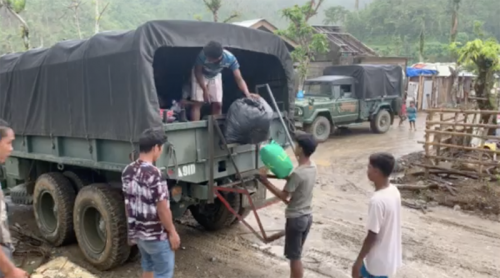 Together with the Armed Forces of the Philippines (particularly the Philippine Marines and the Philippine Army) and the Department of Education, Ayala Foundation visited Dugui 2 Elementary School on December 18, to provide construction materials, school supplies, and other in-kind donations.

A total of 102 galvanized iron sheets were delivered as a replacement for the school’s collapsed roof. Ayala Foundation and its donors also provided bond paper and printers, as well as other items such as clothes and essential goods. Among the donors that contributed to this effort are the Makati Development Corporation, Manila Water Foundation, Ayala Malls, Integrated Micro Electronics, AC Energy, and other private donors.

As part of the Ayala group’s Brigada ng Ayala program, Ayala Foundation is also distributing learning and hygiene kits for the students at Dugui 2 Elementary School. Brigada ng Ayala is the Ayala group’s unified, nationwide effort to support public education in the new normal, by providing hygiene and learning kits for students, access to online learning materials and solutions for both teachers and students, and WASH facilities in select locations.

Said Sir Neil: “We can use this for our classes, kahit modular na… We are really thankful to Ayala Foundation for the help na ipinadala sa amin.” 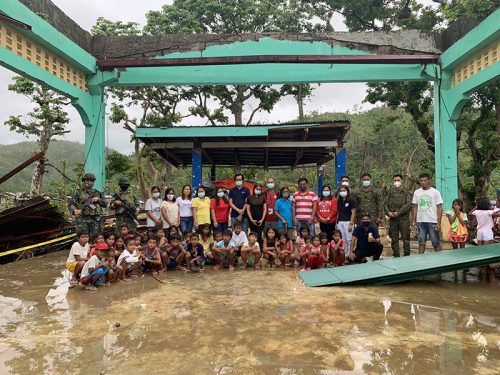 Teachers and students of Dugui 2 Elementary School in Virac, Catanduanes, together with representatives from Ayala Foundation, the Philippine Army, the Philippine Navy, as well as community residents

As part of the Ayala group’s continuing disaster relief initiatives, Ayala Foundation and Globe Telecom are providing “noche buena” packages for 12,000 households in Albay. This is the Ayala group’s way of bringing some Christmas cheer for as many as 60,000 individuals living in nine of the most severely devastated towns of Albay.

In the aftermath of the series of typhoons that hit the country in October and November, the Ayala group was among the first to provide relief to communities that experienced the typhoons’ devastation. Relief activities led by Ayala Foundation reached communities in Mimaropa, Calabarzon, the Bicol region, and Cagayan Valley.