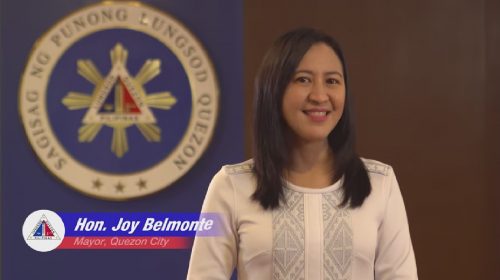 Mayor Joy Belmonte’s first year at the helm of Quezon City was highlighted by various trials, as well as triumphs for Metro Manila’s largest city.

Throughout this, Belmonte said that her administration has never lost track, and remained focused on working for the welfare of her constituents, as well as strengthening businesses and communities.

“For the past year, we as a city have had to face many different trials, challenges, and setbacks. But we remain focused, working towards inclusivity, growth, prosperity, and security for our residents, businesses, and communities,” Belmonte said in her Ulat sa Bayan, posted on the Quezon City Government Official Facebook Page.

A few months into her first term in 2019, Belmonte was able to effectively deal with the emergence of African Swine Fever (ASF) in the city, as the deadly disease swept throughout the country and crippled the livestock industry. “Mabilis nating na-kontrol ang sakit na ito, at nakapagbigay tayo ng financial assistance sa mga apektadong hog raiser,” she said.

In the early months of 2020, the coronavirus disease 2019 (COVID-19) pandemic swept across the world, causing ripple effects across all sectors of society. In Metro Manila, Quezon City was the first local government to declare a state of calamity before enhanced community quarantine (ECQ) was placed in Luzon and in other parts of the country. With Belmonte’s decisive action, the city’s 142 barangays were able to immediately address the needs of its citizens through their Quick Response Fund. 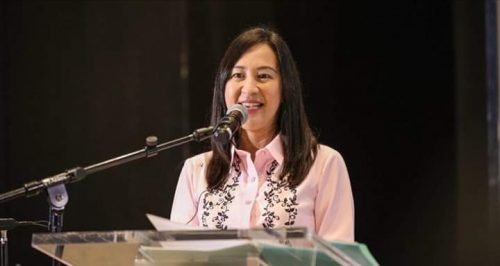 “The city also came up with its own Social Amelioration Program (SAP) for those who were excluded from the national government’s SAP program, and provided food assistance to residents of areas under special concern lockdown areas,” emphasized Belmonte.

The local government also allotted funds for decontamination efforts, accommodations, equipment, hazard pay for frontliners and test kits, quarantine facilities and hygiene kits for COVID-19 patients and additional equipment for city-run hospitals. As the city adjusts to the new normal, the local government has crafted a comprehensive recovery plan, including the allocation of P2.9 billion for the blended learning in public schools and universities in the city and stimulus packages to support the city’s micro and small entrepreneurs in this time of need.

With food security as a vital component in the city’s recovery plan, community farms have been established to complement food security needs. “We are turning idle lands into urban gardens where residents can plant and grow their own produce,” said Belmonte, adding that the city will also establish Mobile Soup Kitchen to provide nutritious food to the needy.

“We are also transitioning and making online the different processes that used to require face-to-face interaction to make it easier and faster for businesses and the general public to engage with city hall,” said Belmonte.

The city’s unified ID system or QCitizen Card that will expand e-services to all residents is also in the pipeline. Belmonte also gave livelihood to tricycle and jeepney drivers who lost their source of income due to COVID-19 by connecting them to digital platforms foodpanda and Lalamove for their delivery services.

As for the city’s workers, Belmonte has worked for the increase of their salary into minimum livable wage and provided them with permanent positions, especially those with contractual status for decades.

“I am proud of our accomplishments as a city, because these are the results of our collective efforts and commitment for positive change,” she ended. 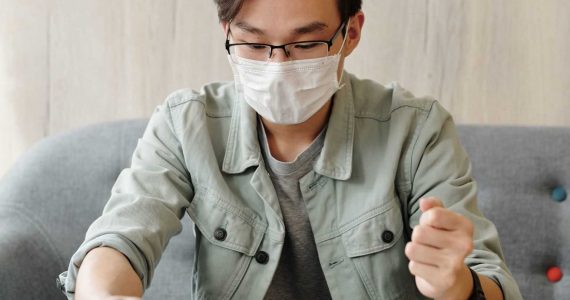