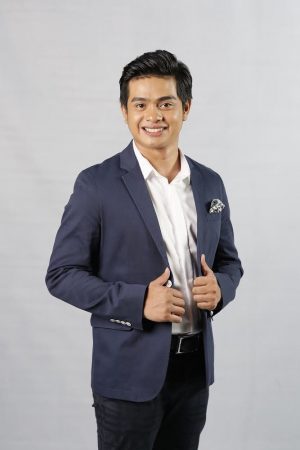 Dan Ombao appeals for a loved one to stay in the aftermath of a lost love in his latest release “Muling Maramdaman,” produced under Star Music.

The “Idol Philippines” finalist took inspiration in writing the song from his long distance relationship with his then-girlfriend who was living in Japan.

“We’ve been separated from our loved ones for a lot of times, and sometimes, that means losing ourselves too,” he explained on how he can relate to the love ballad.

But beyond its painful message—of bringing back the joys of what used to be even if it means settling for what little love remains—is a deeper meaning that makes the track dear to Dan.

“This song is special to me because through this I hope to give comfort to those who are far away from their loved ones,” the singer-songwriter added.

Dan composed the words and music of “Muling Maramdaman,” which was arranged and mixed by Gabriel Tagadtad and produced by ABS-CBN Music’s creative director Jonathan Manalo.

Dan first joined “The Voice Philippines” in 2014 prior to being a finalist in the launching season of “Idol Philippines” last year. Known for being a captivating performer with a guitar, he impressed the judges and viewers with his laid-back rendition of  Join The Club’s “Nobela” for his audition on “Idol Philippines.”

He is just one of the talented artists under Star Music — which houses many of the best OPM music of today from the country’s leading media and entertainment company, ABS-CBN.

Don’t let your love get away and stream Dan’s “Muling Maramdaman” on ABS-CBN Star Music’s YouTube channel and on various digital streaming platforms.