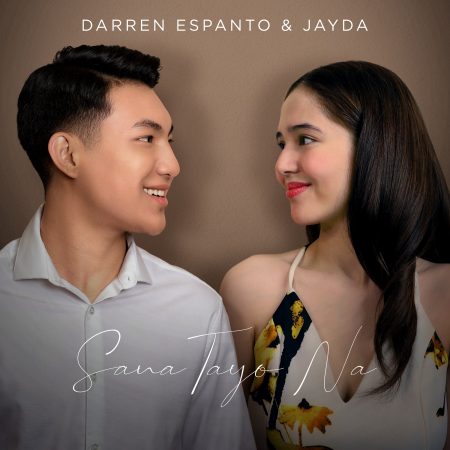 The two initially teased the collaboration by simply tweeting “Sana tayo na” and tagging each other’s accounts, which immediately sent Twitter abuzz with assumptions on what their posts meant. “SANA TAYO NA” even landed on the site’s Philippine trends list.

A feel-good love poem, “Sana Tayo Na” confesses two people’s hopes of being together in the future with assurance and stability. It’s a lighthearted take on expecting that the stars would align and unite two people in love someday.

The track is a revival of Jayda’s father Dingdong Avanzado’s composition, which was originally a part of his “Coming of Age” album. The new version was produced by Jayda and ABS-CBN Music creative director Jonathan Manalo.

Jayda’s last collaboration was with “The Voice Teens” finalist Jeremy G in 2019 for the heartening track “Perfectly Imperfect” which she penned. Darren, on the other hand, is fresh from performing his latest single “Sasagipin Kita” at the virtual celebration of MYX Awards 2020.

Believe that you’ll eventually be with the one you love by listening to Darren and Jayda’s “Sana Tayo Na” on various digital streaming services.