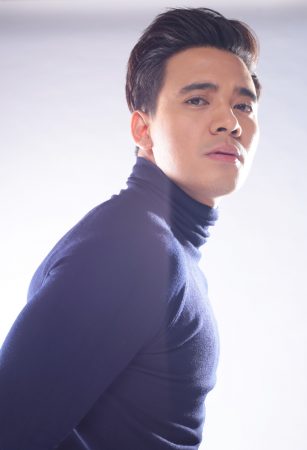 “Kung Maibabalik” evokes the feeling of wanting to go back to what it was before, complementing the story of the romance fantasy drama where a married couple, Paolo (Ji Sung) and Aileen (Han Ji-min), suddenly becomes strangers living different lives after an unexpected, fateful incident.

The song is part of the Kapamilya singer’s “Erik Santos 15” album released under Star Music, along with 14 other tracks including Erik’s musical collaborations with various OPM artists.

Check out the lyrics of “Kung Maibabalik” on Star Music’s YouTube channel and watch out for the song in “Familiar Wife,” airing on weekdays at 9:30am on Kapamilya Channel, currently available on SKY channel 8 on SD, SKY channel 167 on HD, Cablelink channel 8, G Sat Direct TV channel 2, and most member-cable operators of the Philippine Cable and Telecommunications Association (PCTA) nationwide, and also online via livestreaming on the iWant app and on iwant.ph.