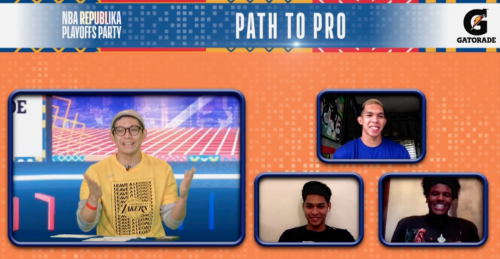 As the high-octane basketball action of the NBA goes underway in the commencement of the highly-awaited 2020 Playoffs, Filipino fans got a taste of what they’d been missing out on in the first-ever NBA Republika Playoffs Party.

Held last August 17 on Facebook Live, the NBA Republika Playoffs Party is the latest result of the long and fruitful partnership between Gatorade and NBA Philippines. It featured a combination of authentic NBA entertainment, interviews with international basketball stars, and other interactive elements.

Gatorade hosted two segments in the party, one of which was the “Path to Pro” interview segment, where NBA G League star and potential No. 1 draft pick Jalen Green shared his journey to becoming an NBA player.

“The best advice I can give to aspiring Filipino basketball players is to stay in the gym,” said Green, with whom local Gatorade athletes also had the chance to talk and ask for inspiration. “Stay in the gym, really work, and really study the game of basketball.” 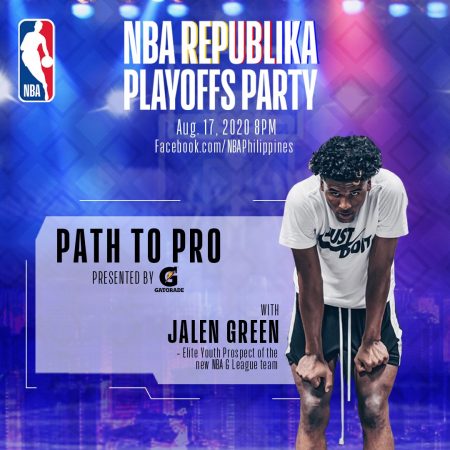 Local phenom turned international cager Thirdy Ravena, himself also a Gatorade ambassador, also shared some of his insights from his own journey to being a professional basketball player.

“I definitely have a million things to improve on, as I know I’m going to be playing a smaller position than I was used to in college,” he said. “And you know I’m always trying to stay hydrated—shout out to the Gatorade family for making sure we have the fuel to perform at a high level.”

Another Gatorade ambassador, Ricci Rivero of UP Fighting Maroons also shared his thoughts on playing to represent the Philippines. “Getting the chance to represent the country is something that we should take as a privilege and not just an opportunity. Playing for the country is something that will boost our confidence and morality, it’s one of the best opportunities to be given to an athlete.” He also added, “like what Thirdy said, no promises but we’re going to give it our all.”

Another segment was the “Dunk Off,” where local collegiate stars competed in a virtual dunk contest for the fans. The winner received a year’s supply of Gatorade for themselves and an organization of their choice.

“We’re definitely happy to fuel Filipino fans’ excitement for the return of NBA action through the Republika Playoffs Party,” said Mikey Rosales, PepsiCo Philippines’ Marketing Director. “Great sports action is something we all need during these times.”

Gatorade has been a partner of the NBA since 1984, of NBA Philippines since 2005, and of numerous local leagues and teams including the UAAP, PBA, and the MPBL, among others.