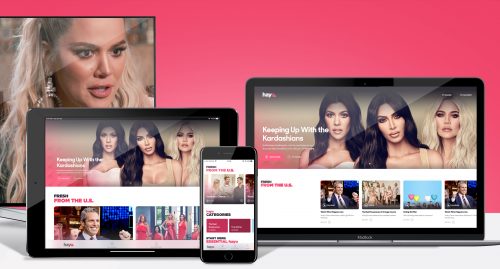 The Kardashians have taken over reality TV for over a decade with their renowned series, Keeping Up With the Kardashians. Since their first ever episode in 2007, the drama has been laid out for everyone to see – from marriages and eventual divorces, to relationship scandals and countless family fights. But what makes the Kardashian-Jenner clan such a treat to watch is the never-ending comedic moments – and possible memes – you’re bound to get with each episode. Here’s a list of our favorite ones:

Who is Nancy?
Kim can sometimes be overbearing on her sisters, so to poke fun at her, Kourtney and Khloe came up with a codename, so they could be open about what they thought about Kim, without her even knowing. Under the guise of “Nancy,” the two sisters would air out their grievances and poke fun at her to each other right in front of Kim.

Kim loses her diamond earrings
During a family holiday in Bora Bora, Kim’s then-husband Kris Humphries initially hugs his wife, only to then throw her into the water as a prank. Initially in good spirits, Kim’s face quickly changes after she realizes her diamond earring is gone. She then proceeds to have a meltdown over her lost jewelry, when a nearby Kourtney asks what’s wrong. After relaying what happened, the eldest Kardashian tried knocking some sense into her younger sister, simultaneously birthing the iconic meme, “Kim, there’s people that are dying.”

Kim gets a butt x-ray
As subscribers to their own tabloid headlines, the Kardashian sisters know full well what has been written about them in the past several years. While the family has not been so mum about their experiences under the knife, Kim wanted to prove once and for all that her butt is real. She and her sisters came up with a crazy idea to compare the x-rays of Kourtney’s breast implants and of Kim’s rear to show the clear difference.

Scott buys the title of “Lord”
An extended member of the family, Scott Disick has proved to be one of the most ridiculous characters to come from the show. Not letting the sisters one-up him, Kourtney’s baby daddy goes on a trip to London and hatches a plan to become royalty – by buying the title of “Lord,” with a walking cane and a fur cape to match.

The Kardashians impersonate each other
Nobody can poke fun at the first family of reality TV like the Kardashians themselves can. In one Season 17 episode, Kris and her daughters traded places and impersonated each other over one family dinner, complete with fake nails, wigs, and witty commentary on the side.

The new season is sure to bring on more of the laughs! Watch as the family tries to keep it together on Keeping Up With the Kardashians Season 18 now available to stream and download on hayu, with new episodes available every Friday, same day as the US premiere.

Sign up via https://www.hayu.com or download the hayu app through the App Store or Google Play Store.