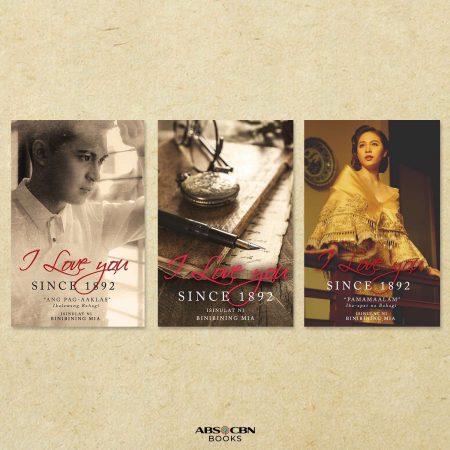 Best-selling novel “I Love You Since 1892” was awarded Book of the Year – Fiction by ABS-CBN Books in a virtual writers’ event attended by Project Foreword mentors Ricky Lee, Ardy Roberto, and Makiwander. The award was presented to the book’s author, Binibining Mia, who was recognized for “dominating the NBS bestseller lists and breathing a new life to the genre of historical fiction in the Philippine setting.”

The book tells the story of Carmela, a girl from 2016 who gets sent back to the year 1892 and falls in love with Juanito, a doctor-to-be and son of a powerful gobernadorcillo. The printed series which spans five volumes has since sold more than 210,000 copies, including three spinoff books and a collector’s box set.

Binibining Mia was presented with a special Lilianna Manahan-designed trophy for Book of the Year, as well as another trophy for “Game Changer of the Year” co-presented by the LCS Group of Companies. 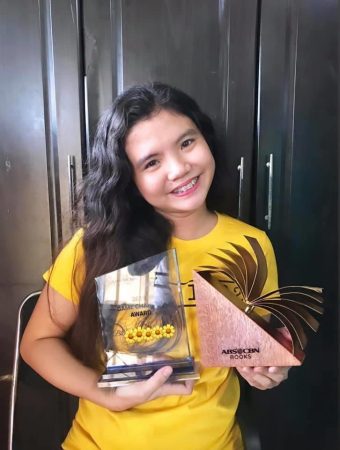 “’I Love You Since 1892’ opened many opportunities in my life. I had no idea if I could finish it then, but others said that as long as you love what you do, don’t stop because in the end, all your hard work will be worth it,” Binibining Mia said as she accepted the award.

She added, “I sometimes ask myself what my purpose in life is, but when I read the messages of the readers saying that they now appreciate history more or that in some ways the story touched them, it makes me feel good to know that as writers we get to inspire readers to change the course of their lives.”

“I Love You Since 1892” is available in National Bookstore’s Lazada and Shopee stores, as well as its branches nationwide.