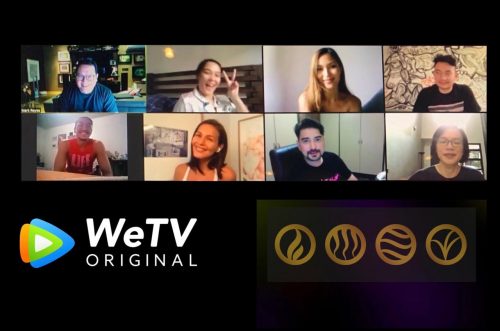 The year may be winding down, but the excitement is building up on the WeTV Philippines front as the stars of WeTV Original series B&B: The Battle of Brandy and Brody came together for their very first script read. It may have been a working Sunday, but the afternoon certainly delivered on all the right kilig feels.

The table read got the artists excited for the upcoming shoot, slated for early January 2021, as they explored the nuances of their characters – as rival B&B owners – and the funny and unexpected situations they find themselves in. One thing was for sure, there was so much chemistry between Ian and Iza that you will be hoping something will happen and soon! Could love be written in the stars for Brandy and Brody? You’ll have to watch this romantic comedy series – Iza’s first foray into this genre – to find out!

WeTV Original Series B&B: The Battle Between Brandy and Brody will be coming exclusively to WeTV Philippines in February 2021. Sanggre Productions, the production company of Direk Mark, Iza, Diana Zubiri, Karylle, and Sunshine Dizon, will be line-producing the series.

Be sure to watch out for all the hugot lines, the killer soundtrack and the all the kilig feels as Brandy and Brody battle it out in the game of love.