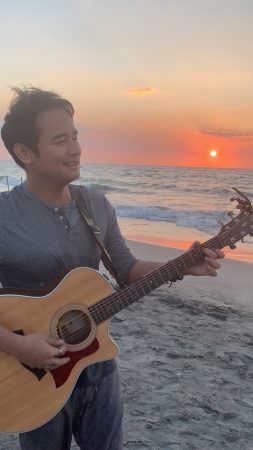 JM De Guzman continues the saga of a love story that wasn’t meant to be in the music video of “Huling Liham,” released under Star Music.

The melancholic yet hopeful track was written by husband-and-wife composers Moira Dela Torre and Jason Marvin for their close friend JM, and was produced by ABS-CBN Music creative director Jonathan Manalo.

“’Huling Liham’ is about that moment before you learn to turn your regrets into reasons for gratitude,” Moira revealed about the song’s meaning. “That moment before learning to be grateful for your time with someone even if it wasnt as long as you had hoped.”

Also directed by Cris Escolano, the music video is a follow-up to the “Asa” music video released last March, and picks up right on the beach where JM was last seen contemplating on his own. 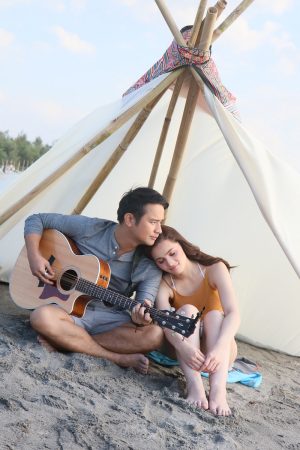 It features his “Pamilya Ko” muse Alyssa Muhlach, who at some point during the video was revealed to be mirroring JM in his journey of reminiscing about their past through their happy memories on that beach.

“Huling Liham,” along with JM’s latest music release “Asa” will be part of his upcoming EP under Star Music. The actor-singer is just one of Star Music’s talented artists—which houses some of the best OPM music of today from the country’s leading media and entertainment company, ABS-CBN.

Be grateful for love even in the face of its conclusion by watching the music video of JM’s “Huling Liham” on ABS-CBN Star Music’s YouTube channel and streaming the song on various digital platforms.