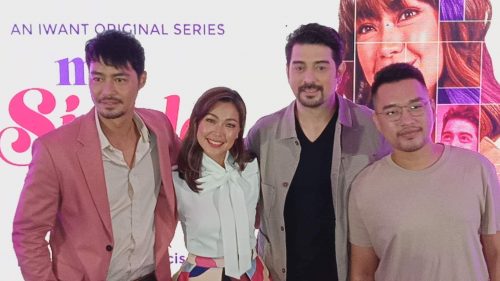 iWant features a charming and enlightening take on the life of a single mother with a romantic twist in its modern family comedy series “My Single Lady,” starring Jodi Sta. Maria, Ian Veneracion, and Zanjoe Marudo, streaming on iWant starting January 22 (Wednesday).

Amid various jobs and PTA meetings, a spark starts when she meets sweet, reliable electrician BG (Zanjoe), who then vies for her affection. The situation becomes complicated, however, as running mayor Chester (Ian)—Red’s MIA father—returns to the picture and wants to be involved in his son’s life. Although adamant at first, Chona eventually allows father and son to bond upon seeing how Red really wants to get to know his dad.

Chona further becomes conflicted as Chester also attempts to woo her back. In her confusion, she finds comfort in her three best friends.

A single mother torn between two handsome men—how will she ever choose?

The six-part original series features original Regine Velasquez songs and is directed and co-written by Carlo Catu, written by Janina Gacosta, and produced by Jodi Sta. Maria, B617, and Dreamscape Digital.

“My Single Lady” is the comeback project of the well-received Jodi-Ian tandem since “Achy Breaky Hearts,” and is the first team-up of Jodi and Zanjoe.

Find out how Chona’s lovelife unravels in “My Single Lady,” streaming for free on the iWant app (iOs and Android) or iwant.ph starting January 22 (Wednesday).