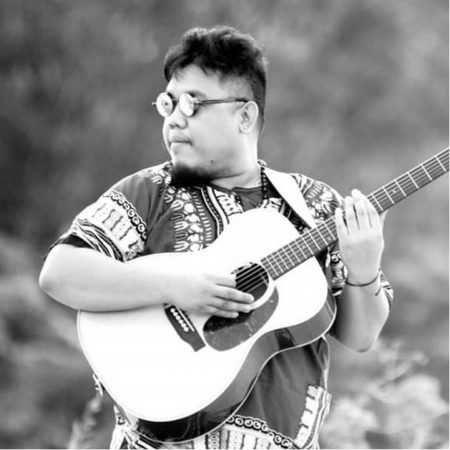 Talented singer-songwriter from Cebu, Joe Vince, is back with another ‘hugot’ love song to bring comfort to broken hearts which is now available released via evosound.

Joe Vince latest single “Sa’king Tabi” is a song about one trying to confront their partner on whether they still have an agenda with their past relationship. It is a song Joe wrote for people who were left behind and had no clue of what happened. Following his last successful track “Masaya Ka Na Ba” inspired by his break-up with his first relationship and has been covered by a lot of independent musical artists now comes “Sa’king Tabi” which again, has a touching melody with a 90’s R&B vibe and has perfectly demonstrated his modulated and soothing vocals.

‘Thanks for always believing in me, I still got a lot of songs planned to be released. And very excited to share them with you all,’ Joe Vince shared.

Joe Vince started playing music when he was 14 years old back in his hometown Cebu City. He started his career as a lead singer of a worship band for Youth for Christ, a religious youth group that was a big part of his teenage years. He moved to Manila to pursue music production, and while at school he would do events and gigs during his spare time and got to experience busking in BGC.

In 2013, he was invited to take part in Ryan Cayabyan’s Element Song Writing Camp. This was the event that opened many doors for him, including an appearance in the show “This is my story, this is my song” where he got to do an impromptu musical composition with Juris, former vocalist of MYMP.

The same song was also used as a background music for Madam Kilay break up vlog. Joe’s voice has been used as one of the voices for the ABS-CBN show: YOUR FACE SOUNDS FAMILIAR. Another song “If I Could Just” is one of his most popular songs on SoundCloud and got him more followers on social media.