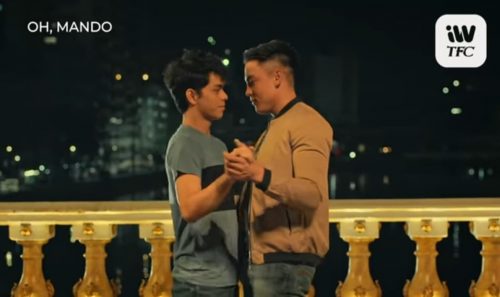 Kokoy De Santos experiences the highs and lows of young love while coming to terms with his sexuality in the new original romantic comedy series in “Oh, Mando,” which also stars Barbie Imperial and Alex Diaz and starts streaming on Thursday (November 5) on iWant TFC.

The series is a coming out and coming-of-age tale about Mando (Kokoy), a hopeless romantic and charming college boy who has long suppressed his attraction to boys.

Despite his confusion over his sexuality, Mando is charmed by the beautiful and liberated Krisha (Barbie) when they meet in a school play. They eventually enter into a relationship, while Mando continues to hide his secret from his girlfriend.

As Mando starts developing real feelings for Krisha, he experiences love at first sight when he meets a handsome, out and proud gay basketball jock named Barry (Alex).

This begins Mando’s path to self-discovery, as he becomes torn between doing the right thing for his current relationship with Krisha and following his heart’s desire by choosing Barry. 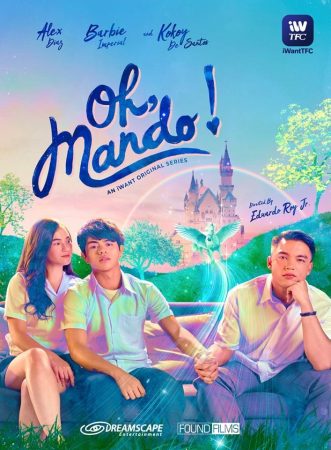 Standard and premium subscribers can start watching “Oh, Mando” starting Wednesday (November 5) on the iWant TFC app (iOs and Android) or on iwanttfc.com.

Team Orange 06 Mar 2021 0 comments
Pink Sweat$, regarded as Philadelphia, USA’s own rising superstar, is earning his stripes and proving that every bit of praise and acclaim is in its rightful place, with his recent…