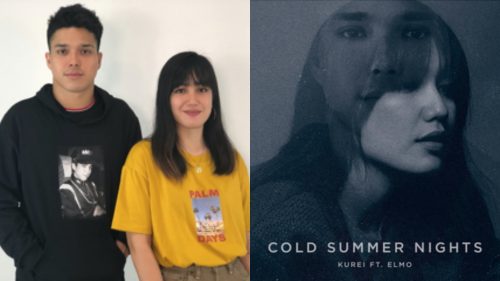 After making waves with her singles “Paasa” (which has now reached over 2 million streams on Spotify) and “Eto Na Naman,” singer-songwriter Kurei returns with her rendition of the FrancisM hit “Cold Summer Nights.”

A long-time request from her fans, Kurei has been singing the song as part of her live sets, as she puts her own twist into the hit track, combining a smooth soul and R&B-infused arrangement with her chill vocals. Joining her in the modernized version of the track is fellow Universal Records artist and FrancisM’s son Elmo Magalona, who lends his flows to the track. Talking about the track, Kurei says “I’m excited to put this song out with my own approach, given that it’s an OPM classic and that I get to collaborate with Elmo on the track as well.”