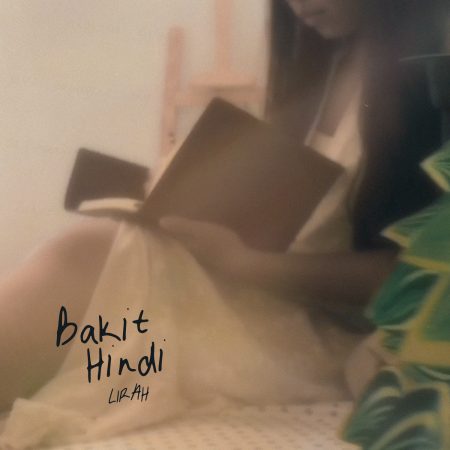 Fast-rising OPM hip-hop muse LIRAH has a new single that showcases her powerful but sultry voice. “Bakit Hindi”, released last May 8 under Ivory Music & Video, is a soothing follow up to her successful hits “Sahod” and “Mahal Mo Pa Ba Ako?” which featured Bosx1ne and Flow G of Ex Batallion.

“Bakit Hindi” tells us the story of a girl who is uncertain of the feelings her male friend has for her and begins to question her own feelings. The track is composed by Lester Vano, who also composed the viral hit “Nadarang” and produced and arranged by Samuel Mopal of Sandiwa.

The official music video, directed and edited by Sean Daniel Pollisco, was shot purely by mobile phone during the quarantine period by Pollisco and Andreah Bermudez.

LIRAH has been hustling in the music industry since she was 13 years old, joining and finishing strong in GMA 7’s reality singing competition Protégé: The Battle for the Big Break. Her stellar performance in the said competition impressed judge Gloc-9 so much that he took LIRAH under his wing soon after.

Her debut single “Sahod” was received widely by OPM fans and had earned her a Best New Artist nomination from Wave 89.1’s Year End Awards 2019. “Sahod” was soon followed by a collaboration with Ex Battalion’s Bosx1ne and Flow G, titled “Mahal Mo Rin Ba Ako?”, which was featured in several playlists including Apple Music’s Absolute OPM.

LIRAH’s “Bakit Hindi” is available on Spotify and other digital music stores:
bit.ly/BakitHindiLIRAH

Team Orange 02 Dec 2020 0 comments
Who is he? That is the question on the lips of people this side of Tinsel Town after it was announced that a relative newcomer, Sean De Guzman bagged the…

Express your unique self with the new SAMSUNG Galaxy S20 FE

Team Orange 01 Dec 2020 0 comments Press Releases
Smartphones have become an essential part of people’s modern lifestyles. For Millennials and Generation Z, phones have been an accessory to express their unique personalities. With this, Samsung shares ways…

Team Orange 01 Dec 2020 0 comments Press Releases
Been wanting to #BeTheFocus with the vivo V20 SE since its recent release? Well you’re in for an early Christmas treat as the ultra-thin and stylish smartphone will get a…