You’ve probably heard or read about the controversy surronding ABS-CBN‘s franchise renewal. Different opinions and sentiments were posted on social media and I can’t help but wonder what will it be like without the country’s leading network.

Being a ‘kapamilya‘ for more than 30 years, ABS-CBN have shaped my childhood and adolescent life with their educational programs and youth-oriented shows.

I grew up with shows like Sineskwela, Wansapanataym, ATBP: Awit, Titik at Bilang na Pambata, Art Jam, Epol/Apple, Mathenik, Eh Kasi Bata, Sarah, Ang Munting Prinsesa, and Batibot. These shows made me appreciate math and science, and brings out my creative side.

I also become a fan of informative shows like The Probe Team, Rated K, Feel At Home, At Home Ka Dito, F!, Del Monte Kitchenomics, No Filter, and Local Legend. ABS-CBN also produces some of the top game shows like Game Ka Na Ba, The Singing Bee, Kapamilya Deal or No Deal, Minute 2 Win It, I Can See Your Voice.

Who have not been entertained by shows like Eat Bulaga!, Magandang Tanghali Bayan, ASAP,  Its Showtime, and reality contests like The Voice, Pilipinas Got Talent, Idol Philippines?

These are just a few of my favorite shows on ABS-CBN. I may not know much about the politics behind the news about the planned shutdown of the network. All I know is that it would be a shame if ABS-CBN was not around any more. My only question about the quo warranto is, are there no possible recourse but a shutdown? Are there no other remedy that the government can impose upon ABS-CBN? I wonder why the network, upon years of its existence and bringing entertainment to Filipinos everywhere, is being pressured only now. It makes me mad that the issue is being politicized, and it certainly feels and looks like an act of vendetta. May halong gigil. They did not even wait for the expiration of franchise when they filed a quo warranto case. 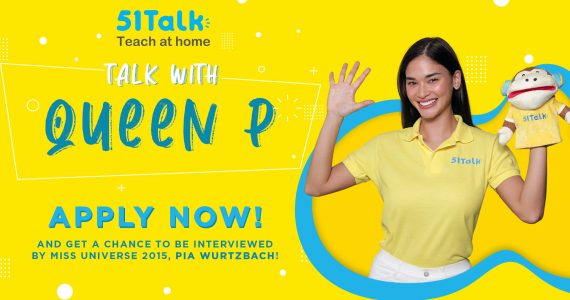 Team Orange 04 Jul 2020 0 comments
Miss Universe 2015 Pia Wurtzbach announced her new role as a brand ambassador of an online English education platform during a live stream to her 1.7 million plus Facebook followers.…

Team Orange 04 Jul 2020 0 comments Movies
Check out the new trailer for The Old Guard. The film, which stars Charlize Theron and KiKi Layne, premieres on July 10 on Netflix. Just because we keep living doesn’t…