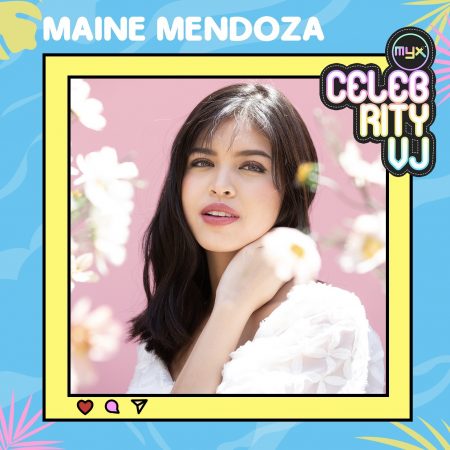 It was in 2010 when Maine Mendoza uttered her dream of becoming a MYX VJ. Ten years later, she gets her wish as the music channel welcomes her as the MYX Celebrity VJ this April.

Her month-long stint—a first for Maine in the ABS-CBN music channel after her brief “Isa Pa With Feelings” guesting last October—is well-timed as she just launched her music career with the song “Parang Kailan Lang,” a collaboration with OPM band Gracenote.

As a guest VJ, she will be introducing the featured music videos in Mellow MYX, Pop MYX, Pinoy MYX, and My MYX.

“I’m so thrilled because this is different from what I did before for the ‘Isa Pa With Feelings’ promo. This time, there will be more episodes and it’s a lot more fun especially when I say ‘MYX VJ.’ It’s like a dream come true!,” Maine gushed about her MYX Celebrity VJ experience.

Meanwhile, fans can catch up with VJs Robi, Ai, Samm, Dani, Anton, and Edward during the enchanced community quarantine via their internet talk show MYX It Up which streams live on the MYX Philippines YouTube channel every Tuesday, Thursday, and Saturday at 3pm.

Check out the MYX Live! performances on All Music MYX channel on YouTube, an online playlist hub launched less than a year ago and now has almost 150K subscribers.