The highly-anticipated debut single from Maine Mendoza is finally here as she releases the track “Parang Kailan Lang” on top of the charts. 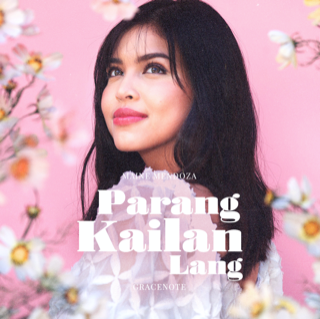 Breaking from the manufactured pop mold present in the music scene, Maine strips down to her emotions with an easy-listening, LSS-inducing, alternative pop sound.

The memorable track, which reminisces on the past and moves on to the future, is a collaboration with electro-pop-rock band Gracenote, with lead vocalist Eunice Jorge also taking the helm as the song’s writer. Fans old and new will be delighted to usher in this new era in Maine Mendoza’s storied career.

Maine’s song is the one of the first Universal Records releases to be dropped amidst the ongoing COVID-19 pandemic. The record label previously released a statement saying that all operations would remain digital until further notice, focusing on online audio and video content to give audiences company during the lockdown period. An accompanying music video for the track is set to be released soon.