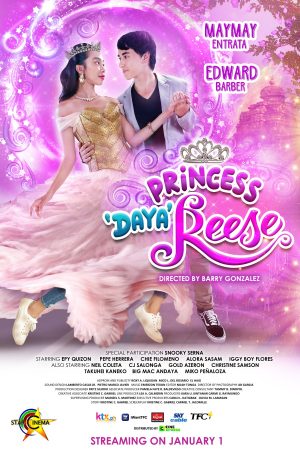 Finally, the moment that we all have been waiting for has come and that is for year 2020 to end. And this New Year’s Day, 1.1 (January 1), Star Cinema brings a new movie to accompany us as we start the year 2021 right, the movie ‘Princess DayaReese.’

Starring Maymay Entrata and Edward Barber or popularly known as ‘MayWard,’ the film tells the story of Reese (Maymay) who dreams of living like a royalty and opportunity arrives in the form of Princess Ulap (also played by Maymay), a runaway princess from Oro Kingdom who looks exactly like her.

Switching places for 40 days in exchange of gold, Reese flies to Ulap’s kingdom where she meets Caleb (Edward), a young and determined reporter who is set to find the truth about the kingdom. The road to happily ever after becomes bumpy when the man in search for truth begins to fall in love with the fake princess.

Will a cheater like Reese be able to win the hearts of the people of Oro and ultimately, Caleb’s? Will she be given a chance to restart and find her true self? 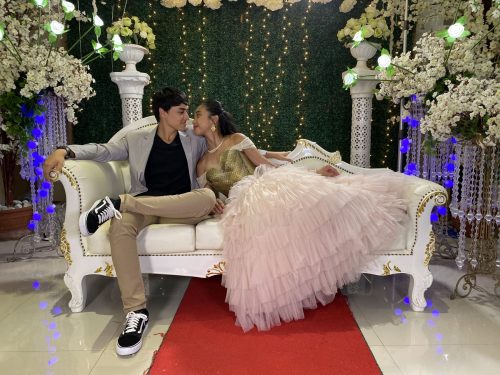 Helmed by Barry Gonzalez, ‘Princess DayaReese’ is a film about new beginnings, new chances, and new learnings. It serves as the reunion film project of Maymay, Edward, and Direk Barry, after the Metro Manila Film Festival 2018 hit entry ‘Fantastica.’

‘Princess DayaReese’ streams worldwide beginning 1.1 (January 1, 2021) on ktx.ph, iWant TFC, TFC IPTV, Cignal pay-per-view, and SKY pay-per-view. As early as now, you may add to cart your tickets for only Php150.00 each.

AirAsia to fly only essential travelers during ECQ