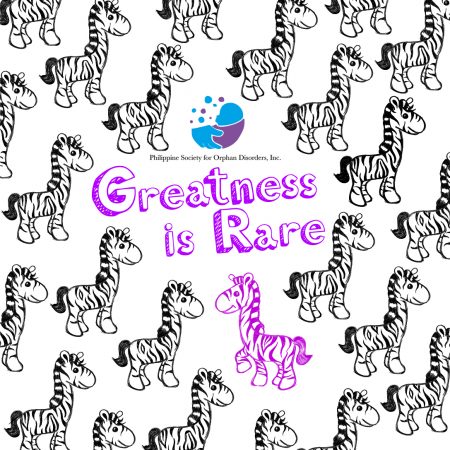 The week of February 22-29 marks the observance of the 11th National Rare Disease Week. Aimed at raising awareness about the challenges of people living with rare disease, this tradition began with Presidential Proclamation 1989 signed by then-President Gloria Macapagal Arroyo in February 2010, declaring the last week of February as the “National Rare Disease Week” in the Philippines.

With the theme “Greatness is Rare,” this year’s Rare Disease Week shines the spotlight on the people living with unique conditions, rare diseases, and orphan disorders. Taking inspiration from the zebra and its distinctive stripes, the campaign is part of a global initiative to invite the world at large to show its stripes in support of the rare disease community.

“The zebra is the symbol for rare disease because each of them have their own set of distinctive stripe patterns,” said Cynthia Magdaraog, President of the Philippine Society of Orphan Disorders, Inc. (PSOD). “Every stripe is unique and every individual is great in their own way. Hence, we are inviting everybody to show their stripes and tell the world that Greatness is Rare.”

Together with the rest of the world, the country will also observe World Rare Disease Day on the rarest day of all—February 29, in order to raise awareness and highlight the challenges that people living with a rare disease and their families around the world face every day.

“The reality of the situation is that rare disease remains in a tough position,” the PSOD President intimated. “Diagnosis is a challenge, treatments can be a recurring hurdle and sustaining the whole cycle is a lifelong combat.”

Filipino patients born with rare disorders are burdened with a lack of existing network of support to aid them. Medical assistance is elusive under the conditions of the country’s health priority, and raising awareness for people affected by rare disease still looms.

“Rare disease comes with the challenge of funding and sustained financial support,” Magdaraog adds. “But the conversation should not be about the value for money but the value for health and life that the treatment, support, and management can provide on patients with rare disease.”

This year also marks the fourth year since the signing of the Republic Act 10747 or the Rare Diseases Act of the Philippines which aims to institutionalize the care and welfare of Filipinos with rare disease and facilitate the collaboration of the government, the private sector, and health organizations.

On the international stage, the United Nations’ historical Political Declaration on Universal Health Care included a commitment to strengthen efforts to address rare diseases, marking the first time that rare diseases have been included within a UN declaration adopted by all 193 Member States, including the Philippines.
Along with the enactment of the Universal Health Care Act in the country, it is hoped that the delivery of services and government support for rare disease patients will improve as these laws take full effect in the coming years. 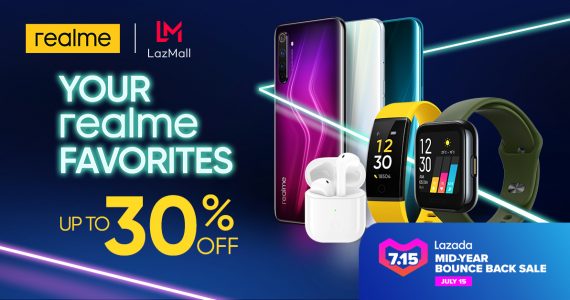