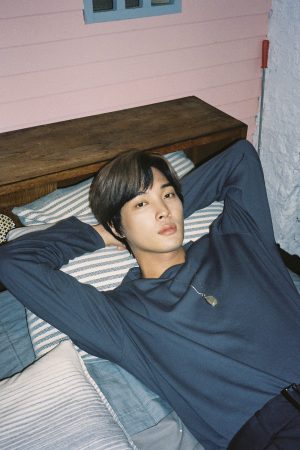 According to a statement by 153 Entertainment, “The single album ‘bandages’ is about the journey of heartbreak and the healing process that comes along with it. Indicating the start of his full-fledged music activities in Korea after his debut single back in April, NIve is ushering in a new era of ‘hybrid pop’ with his music and this release.”

This will mark NIve’s first comeback since his debut Korean single “Like a Fool” back in April, which was a song released in collaboration with Sam Kim.

The single album ‘bandages’ will consist of two songs – the lead single ‘how do i’ and follow-up song ‘new light.’

NIve made his first impression with the general public as a talented contestant in 2014 through the national hit TV program “Superstar K6,” where he placed in the Top 9 under his English name “Brian Park.”

In 2018, NIve debuted in the United States with his first single “Getaway,” in collaboration with singer-songwriter JMSN and consistently released additional English singles until his debut in Korea.

Before his debut in Korea, NIve was already actively involved in the music industry as a composer, producer, and songwriter. He has written & composed songs for some of Korea’s top artists, such as “Beautiful Goodbye” by CHEN of EXO, “Groove” by EXO, “When it Rains” by Jeong Sewoon, “When I Tell You Goodbye” by HYNN, and many more.

NIve has emerged as a “musician’s musician” with his unprecedented all-around composing, songwriting, and producing skills. Much attention is being placed around what type of music NIve will present next with his single album ‘bandages’ that will be released on August 12th.