No to ABS-CBN Shutdown! 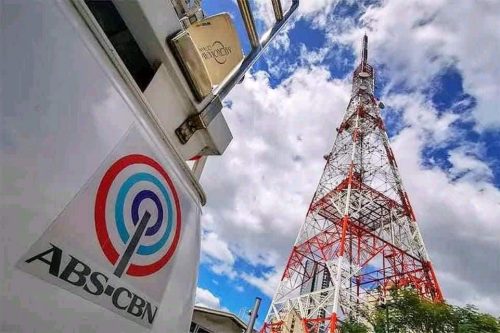 In the midst of the country’s battle against the coronavirus pandemic, news broke about ABS-CBN‘s cease and desist order to operate. On May 4, the franchise to operate by the country’s largest television network expires.

We see a flurry of verbal tussles among our lawmakers and legal luminaries on whether the giant network can continue to operate beyond May 4. The question at hand: can the Kapamilya network operate on the strength of a provisional authority issued by the National Telecommunications Commission (NTC) pending the renewal of the network’s franchise by Congress or not?

Last Sunday, the government chief lawyer, Solicitor General Jose Calida has warned the NTC against issuing a provisional authority in the absence of a Congress-approved franchise. A mere letter from leaders of the House of Representatives nor a resolution from the Senate would suffice to save the telecommunications regulatory body from possible legal responsibility.

And Solicitor General Calida minced no words in his warning that NTC commissioners could be liable under the country’s anti-graft and corruption laws should they grant ABS-CBN the provisional authority to operate without a franchise from Congress.

No less than former Senior Associate Justice Antonio Carpio has made it clear in the past on what the law says—a law crafted by the same institution that wants to violate it or wants the NTC to infringe it.

Every franchise is a law because Republic Act No. 3846 requires all broadcasters to obtain a franchise from Congress before they are allowed to operate. And a provision under the law says a recipient of a franchise must obtain permits and licenses from the NTC in order to operate.

Another legal luminary, Congressman Edcel Lagman, said that only a full-fledged franchise for ABS-CBN can it be allowed to operate. What does this mean? The long and short of it is that Congress, where all broadcasting franchises emanate, should begin hearing the franchise application of ABS-CBN if it wants the network to continue airing. And this is the only solution. 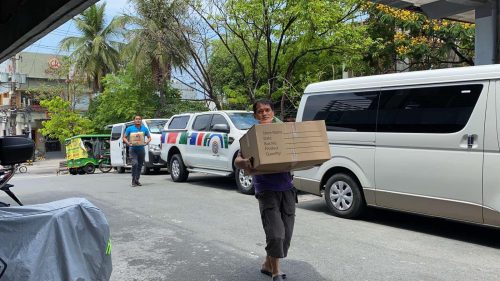 ABS-CBN has remained steadfast in giving assistance to underprivileged Filipinos, rolling out fundraising campaigns and info drives, while its talents voluntarily help, enlighten, and comfort their fans, even as the network’s franchise’s supposed expiration.

ABS-CBN’s Pantawid ng Pag-ibig program, initiated to help families whose livelihood is affected by the community quarantine, has already turned over food and other basic necessities to 17 LGUs in Metro Manila. It has also expanded to reach beneficiaries in Bulacan, Laguna, Cavite, and Rizal provinces.

The network has also been arming Filipinos with relevant information on how to fight the COVID-19 disease through the Ligtas Pilipinas campaign.

Kapamilya stars like Kathryn Bernardo, Mica Javier, Ivana Alawi, and Iza Calzado are actively supporting the cause, promoting the importance of wearing masks using their own social media platforms.

While many are facing desolation under the community quarantine, ABS-CBN stars have continued to express their support—with live performances from their own homes, messages of comfort through the music, or donation drives to bring assistance to families suffering the most.

There are also Kapamilya artists who led projects of their own accord, such as Angel Locsin for #UniTENTWeStandPH and Bela Padilla who raised funds to buy food for informal workers. Sisters Alex Gonzaga and Toni Gonzaga meanwhile provided relief goods to indigent families.

Other celebrities like Bea Alonzo, Pokwang, Ejay Falcon, and Judy Ann Santos-Agoncillo prepared meals and distributed them to front liners, while the likes of Enchong Dee, Ria Atayde, and Vice Ganda used their own earnings to purchase masks, PPEs, and other medical supplie s for health workers.

The question on whether the network deserves a new franchise seems superfluous, now more than ever, given how it has given priority to serving the public and extending help outside of its core services.

With ABS-CBN’s reach all over the Philippines and overseas via TFC, it has helped bond the nation in this time of turmoil, empowering its viewers to lend a helping hand and promoting the value of compassion along the way.

It is the Filipinos who will win big if ABS-CBN’s franchise is renewed. It is the audiences who will gain from the network’s news, entertainment, and public service projects. Its franchise renewal will ensure that the public can benefit from all these services.