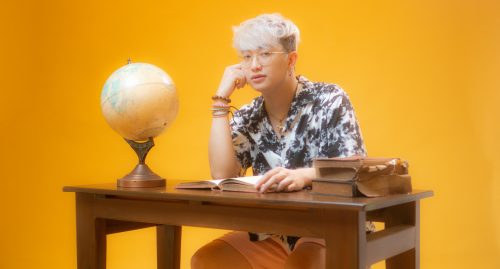 The future of hip-hop is in able hands with this new Warner Music Philippines artist to watch. Some artists choose to slow down and take this time to recharge, but others like Nobrvnd, choose to hustle. Formerly known as the vocalist of indie pop band Caffeine and Taurine, 24-year-old artist/producer Brandon Garcia a.k.a. Nobrvnd (no-brāhnd) continues to create heat for the airwaves with his latest single “Sinayang”.

According to Nobrvnd, “Sinayang is an upbeat hip hop track combined with exciting and arpeggiating sounds. The track talks about waking up with no worries as you moved on from your relationship as they wasted their chances on you.” The single also serves to introduce Nobrvnd as an up-and-comer in the hip-hop and r&b scene. Prior to signing with Warner Music Philippines, he already got people’s attention with hits like “Sabihin Mo”, “Bakit”, and “Langit”. His music currently enjoys more than two million streams on Spotify, plus a million views and 7,000 subscribers on Youtube. How’s that for breaking through? Expect to see and hear more from Nobrvnd now that the record label’s got big plans for the young artist. 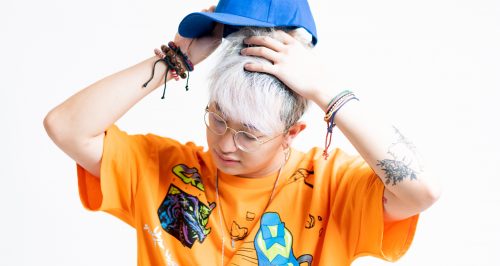 Read on to know more about Brandon Garcia/Nobrvnd.

When did you start writing music? How does it feel to now be on people’s radar so early into your career?

I started writing/producing when I was 14 years old. I used to play around with a software called Mixcraft. That is also the time I don’t know what a metronome is, so everything was out of sync!

I’ve been around in the local music scene since 2014 I was a part of a post-hardcore band and broke up in 2015 to create an Indie pop band called Caffeine and Taurine. During my time in the band I’ve explored more on the production side and it fueled my passion on doing solo projects.

2018 was the start of me being as Nobrvnd and it was a successful debut for a side project and it turned into a full-time thing. Going back thinking that I was this young boy, playing with an old laptop, and a pair of cheap headset would eventually record real songs and people actually listen to, still feels surreal.

Can you tell us a bit about your new song “Sinayang” and how it came together?

So basically, I was jamming to this playlist and I heard CHELLY’s song and I immediately got hook and contacted him if he wanted to do a collab. We were both excited with the project, I sent him a demo of the track and got his recorded vocals the day after.

The song was finished last December 2019 and was set to release last February but we’ve had change of plans and COVID happened and it got delayed.

Were there any events/people who influenced how you went about writing this song?

I usually write about past life events and add in some of my imaginations to make things exciting. But in this case, we thought about this song as a sequel from one of my singles called “Bakit”.

When it comes to making your signature sound, how do you maintain your originality so it doesn’t sound like other hip-hop songs?

My influences play a big role in making my sound distinct. I listen to music almost every day and subconsciously, I pick up sounds that I’d like to hear on my next record.

How would you describe the relationship between your music, personality, and lyrics?

My music tends to lean on what I’m feeling during the time I was producing/writing it. Back then, I love writing about sad stuff because that’s how I usually felt. But often, I disregarded my happy moments so it kinda felt too mopey so I tried changing things up a bit.

Generally speaking, I don’t like the gatekeeping mindset in the music scene. Music is created to connect/vibe with people, not divide them. Music is supposed to be open to everyone regardless of your social status, gender, or race.

Nobrvnd sheds nothing but pure emotion onto his music. As an independent artist, with Caffeine and Taurine and his recent solo work, he’s already put out dozens of songs which showcases his talent. With everything in his growing discography, Nobrvnd is undoubtedly set to take the music scene by storm.

You can now stream Nobrvnd new single “Sinayang” on your favorite music platforms.