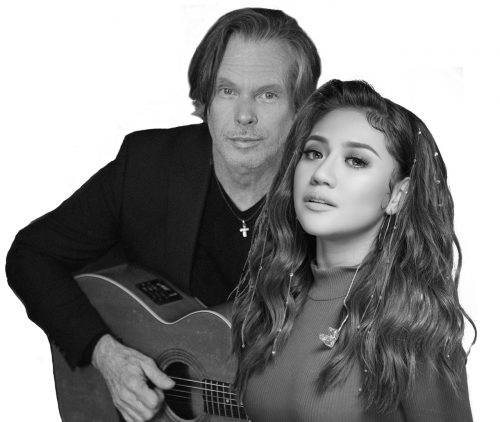 Australian singer-songwriter and producer Rick Price teams up with Filipina pop sensation Morissette on the 2020 version of “Heaven Knows.”

Released on Valentine’s day, the classic ballad is rearranged with a fuller sound and a more contemporary touch. “The original recording of Heaven Knows is basically piano and voice only,” the award-winning Rick Price discloses. “The new version is a duet and has a full band added with lush strings and background vocals. It was such a delight to record and I can’t wait for you to hear it.”

Morissette, on the other hand, gave the previous iteration a different spin with her adept and powerful vocals. The Asia’s Phoenix, who happens to be a Wish 107.5 Hall of Fame awardee, stayed true to the song’s enduring message of romantic longing, while making sure to deliver a transcendent performance. “Working on this track, Rick Price and I kind of agreed that we didn’t want to make the verses predictable, but to keep the chorus singable and heartfelt,” the Akin Ka Na Lang songstress shares. “He also allowed me to put my own flavor and twists into the melodies.”

Pairing made in heaven

After working with Asia’s songbird Regine Velasquez on the remake of “Nothing Can Stop Us Now,” Rick Price returns with a lovely duet featuring one of the biggest music stars in the country, Morissette. The collaboration, according to Rick, was indeed monumental not only because it pays tribute to one of the biggest hits of his career, but also gives him a chance to revisit the song with a talented singer who knows how to interpret the material with precise emotional heft.

“Thankfully my record label Sony Music was able to put me in touch with Morissette,” the multi-platinum recording star gushes. “I fell in love with her voice. She made me cry: truly the voice of an angel. Morissette is a wonderfully talented artist and a delight to work with.”

The young diva shares the same sentiment on collaborating with Rick Price. According to Morrisette, “Getting to work with an international music icon such as Rick Price is already such an honor, and with a song that I didn’t only grow up to but should continually be passed on through generations. This project inspires and challenges me to appreciate and do different types of music.”

“Heaven Knows” was originally released in 1992, and peaked at #6 on ARIA Singles Chart. In the Philippines, the beloved Rick Price anthem became a staple adult contemporary smash with longevity that spans for more than 25 years. Resonating with music fans from opposite sides of the generation spectrum, young and old, the chart-topping tune is perfect for the season of love and romance this month.

Even Rick Price himself has no idea why the song continues to make a mark up to the present day. “It’s hard to say why this song has stayed around for so long. It just seemed to strike a chord with so many people. I imagine almost every human being experiences heart break and loss at some point in their life and it’s comforting to know we are not alone in that process.”

The 2020 version of “Heaven Knows” is available now on Spotify and all music streaming and download platforms worldwide via Sony Music.