Less than a week after the recent Taal Volcano eruption, Samsung Philippines headed to Batangas and lent top-of-the-line washing machines to aid affected victims, making it possible for them to thoroughly remove volcanic ash and wash their clothes. 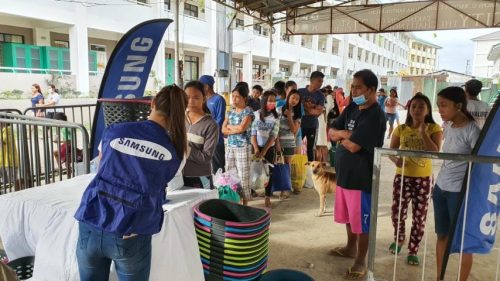 On January 18, the company handed 16 washers and dryers to the Inosluban-Marawoy Evacuation Center in Lipa City, with assistance from Batangas Governor Dodo Mandanas and Lipa City Councilor Mikee Morada. Samsung also lent a television set to the kids and other evacuees to access news and entertainment while in the evacuation center.

The project aims to help over 2,500 evacuees from either Tagaytay, Talisay, Tanauan, or other Batangas residents. In the first three days, over 1,400 kilograms of clothing have been washed.

Being displaced from their homes, having easy access to an everyday need greatly eases their situation, and allows those affected to focus more on recovering from the calamity. 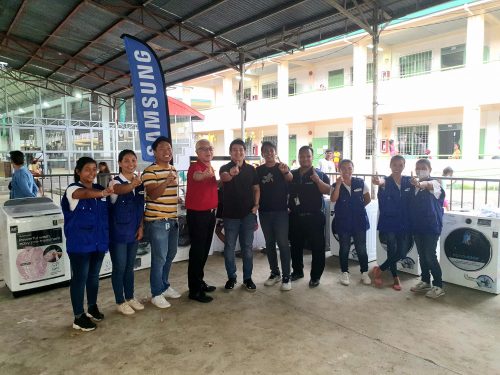 “Our hearts go out to the people affected by the Taal Volcano eruption. It is a difficult situation to be away from one’s home,” said James Jung, President of Samsung Philippines. “We, at Samsung, strongly believe in technology that nurtures and enables people, so we hope to ease the living situation of the victims while they’re dealing with the aftermath of the eruption.”

The washers and dryers will remain in the evacuation center until the Taal Volcano’s alert level lowers down, with the situation being safer for the victims to return home. 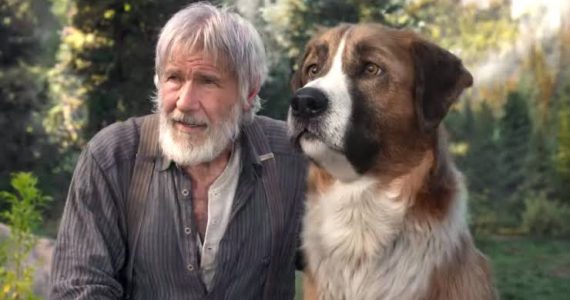 Creating Bucks in “The Call of The Wild”

Team Orange 20 Feb 2020 0 comments
In this 21st century screen version of THE CALL OF THE WILD, Buck would carry the emotional arc of the entire movie, so he needed to be completely believable in…

Jeman Villanueva 19 Feb 2020 0 comments Press Releases
Showing no signs of slowing down, Vivo established a 25% total market share in Q4 of 2019 to take second spot in the local smartphone industry rankings. Based on the…