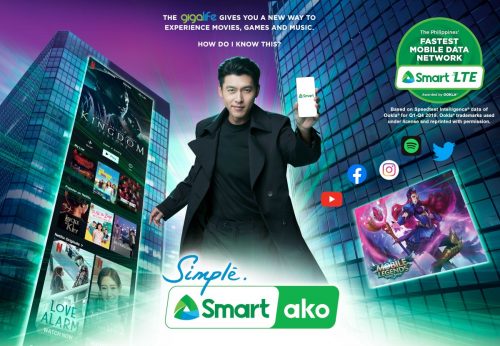 Mobile service provider Smart Communications, Inc. (Smart) has made a splash as it unveiled its new campaign featuring South Korean superstar Hyun Bin 현빈, who has endeared many Filipinos with his hit K-dramas and movies.

This is the first time a local telecoms company has tapped a South Korean superstar to be the face of its brand, and is a bold statement for Smart as it asserts its commitment to bring amazing experiences to Filipinos through digital technology.

“The ‘Hyun Bin Phenomenon’ is pretty much due to digital technology —  Filipinos have developed the craze because they are able to stream his shows, hear the buzz about him online, share their excitement with their friends, and even get to interact with him through social media,” says Jane Basas, SVP and Head of Consumer Wireless Business at Smart.

“This makes him a perfect ambassador for Smart as we empower Filipinos with technological solutions made easy so they can enrich their daily life and pursue their passions,” she adds.

“Filipinos are some of the warmest fans in the world, and I am thankful to Smart for giving me a way to reach out to everyone in the Philippines. Indeed, Smart has brought us closer than ever,” says Hyun Bin, who first won the hearts of Filipinos in 2005, when a local TV network aired a Tagalog-dubbed version of his romantic comedy drama, ‘My Name Is Kim Sam Soon.’

In Smart’s latest TV commercial, Hyun Bin rides a sports car and zooms past the city streets — a fitting reference to the blazing speeds by which Filipinos can enjoy their daily dose of entertainment powered by Smart LTE and Giga Promos. The ad strongly concludes with Hyun Bin delivering Smart’s new tagline in Filipino, “Simple. Smart Ako.”

Smart draws from its history of innovating the simple things that are life-changing — from making mobile phones accessible to ordinary Filipinos, pioneering groundbreaking products such as Smart Load and Pasaload, to democratizing mobile Internet along with its massive 3G and 4G network expansion.

“We are embracing our role as a digital lifestyle enabler that keeps innovating to make the life our customers simpler. Now that the world becomes more and more complicated, we believe that what matters most in life are the simplest things,” Panlilio adds. 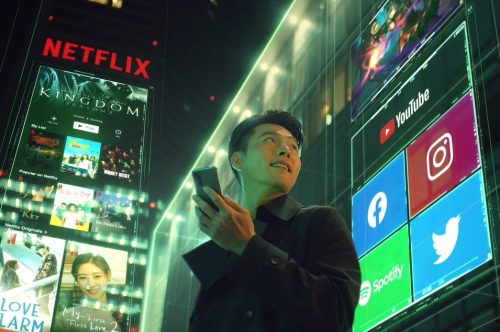 Ookla, the global leader in internet testing and analysis, cited Smart as The Philippines’ Speedtest Awards Winner for mobile network speed during Q1-Q4 2019. To win this award, Smart achieved a Speed Score™ of 17.40, with average speeds of 19.62 Mbps for download and 9.45 Mbps for upload.

On the other hand, Opensignal, an independent mobile analytics firm, reported in its April 2020 Mobile Network Experience Report* for the Philippines that Smart remained ahead of competition in terms of Video Experience, Upload and Download Speed Experience, Voice App Experience, Games Experience, and 4G Availability.

Giga Life for everyone

These citations are a result of the continuous network expansion and upgrade of Smart on its mobile data network, which now supports a wide range of Giga Promos catering to the different passions and needs of customers.

Smart offers Giga Video for subscribers who want to binge-watch the latest K-dramas, online shows and series, and Giga Stories for those who love sharing their experiences with friends and loved ones on social media.

Smart also offers Giga Games for avid mobile gamers, and Giga Music for those who want their daily dose of tunes and podcasts, and Giga Work for easy access to a wide range of productivity apps to make work and school life simpler and more convenient.

Smart customers can register to Giga promos by simply dialing *123#. 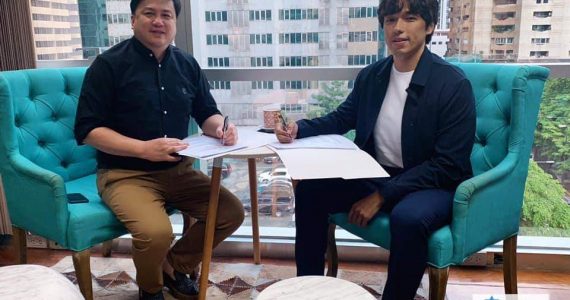 Team Orange 06 Jul 2020 0 comments
Dont let his K-pop looks fool you. Despite his Eurasian lineage, model/actor David Chua is proudly Filipino, and can speak Tagalog with full conviction. Prior to his showbiz career, David…

Team Orange 06 Jul 2020 0 comments Food & Beverage
Another #711Day is coming up, and this time it’s all about YOU—their loyal customers! Living in unprecedented times is tough, but 7-Eleven hopes to celebrate by giving back to the…