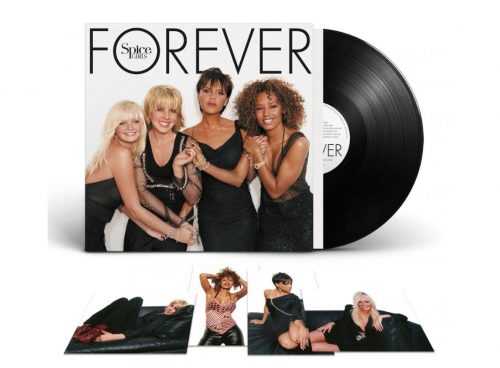 After 20 years, the Spice Girls has finally released ‘Forever’  on vinyl today for the very first time! The platinum selling album, which features the UK Christmas No.1 hit ‘Goodbye’ as well as the double A-sided single ‘Holler’ and ‘Let Love Lead The Way’, is now avaliable on a 180g heavyweight vinyl.

Forever was the girl group’s third studio album originally released last November 2000 by Virgin Records. It’s their only album without Geri Halliwell, who later rejoined the group for their Greatest Hits album in 2007. Despite failing to match the commercial success of the group’s two previous albums (Spice and Spice World), Forever still peaked at number two on the UK Albums Chart and was certified Platinum by the British Phonographic Industry. Worldwide, the album has sold over four million copies. The double A-side single “Holler” and “Let Love Lead the Way” which served as the album’s lead single, peaked at number one on the UK Singles Chart.