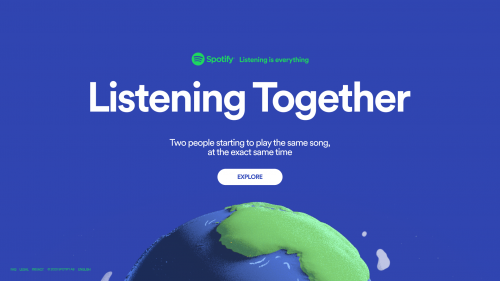 Every second on Spotify, more than 30,000 people around the world are pressing play on the same song. As part of its new campaign Listening Together that celebrates the power of audio to bring us closer together, Spotify is visualizing these connections in real-time in a way that has never been done.

Check out the microsite spotify.com/together and you can see for yourself. When two strangers connect through ‘Kathang Isip’, or ‘Bored in the House’ – you’ll be able to see where these connections are happening and what track brought them together.

Additionally, in a time when many of us are feeling apart, Spotify has also enlisted the support of Asian artists around the region to take over some of Spotify’s top Moods & Moments playlists and share the music soundtracking their days. Through these playlists, Spotify looks to amplify connections between artists and their fans, bringing them closer together through a shared love of music. 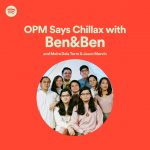 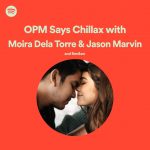 Specific to the Philippines, some of the biggest names in OPM including Ben&Ben, Moira Dela Torre and Jason Marvin have come together for a group takeover of OPM Says Chillax. Fans can look forward to honest commentary about their favourite at-home routines, hobbies, self-care tips, and tracks they’re currently listening to such as Owner of the Sky and Forevermore to inspire their days.

Stay tuned to Spotify’s At Home Hub for further updates on playlist takeovers.

Spotify is continuously exploring ways for users to interact further with the ‘Listening Together’ campaign and look forward to sharing more soon.