The entire country was shocked when Taal volcano suddenly erupted, sending a thick ash fall to blanket over Batangas and Cavite, and even reaching some parts of Metro Manila. Despite the heartbreaking disaster, affected families didn’t feel abandoned with all the help and support that came pouring in from fellow Filipinos.

According to ABS-CBN Foundation’s Sagip Kapamilya, 14,859 families or 74,295 individuals received relief packs in 116 evacuation centers/private residences, while 5,403 persons were able to get warm meals from the soup kitchen and 463 individuals got psychological first aid, as of January 22 (Wednesday), 9:00 am.

Until now, ABS-CBN Foundation is still doing rounds in evacuation centers to help ease the burden of evacuees. 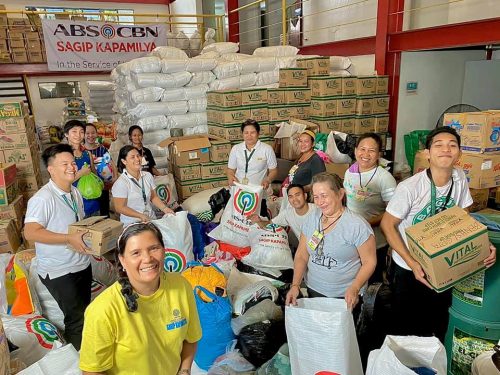 One of the persons who received relief was Francisca Villanueva who shared that she and her family rushed to an evacuation center with only a few belongings in tow.

“Maybe we won’t have a home to return to. I don’t know how to start over,” Francisca shared in an interview with “TV Patrol.”

Francisca and other evacuees’ future remain uncertain, but the endless support and love that they are receiving have given them a glimmer of hope.

Helping out in the relief operations was “G Diaries” host and Bantay Bata 163 executive director Ernie Lopez, who witnessed the Filipino bayanihan spirit come alive once again in a dark time for some of our countrymen.

Ernie remarked, “the way we help each other is not forced. People are openly willing. They open their hearts, they open their wallets, they give their resources. That’s the nice thing about Pinoys,” he said.

Meanwhile, Sagip Kapamilya also showed untiring support to victims of recent calamities. Just like in Taal, the organization immediately extended a helping hand to those affected by recent typhoon Tisoy and Ursula in Visayas and Mindanao. 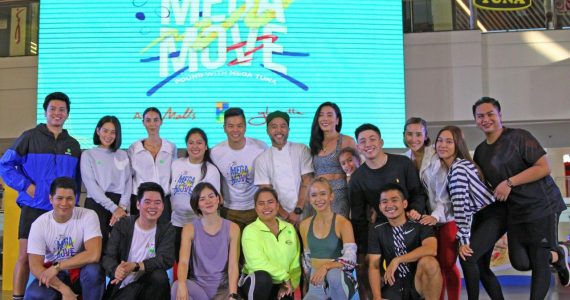 Team Orange 26 Feb 2020 0 comments
Are you hell-bent on pursuing a healthy lifestyle starting 2020? Then you’ll be thrilled to know that you can get on the fitness with Mega Tuna, which brings you wellness…

Team Orange 26 Feb 2020 0 comments Press Releases
Smart Infinity subscribers are in for an extravagant treat as the premium postpaid brand teams up with The Farm at San Benito, the premier spa and wellness center in the…

Team Orange 26 Feb 2020 0 comments Concerts
The era defying, chart-topping, button-pushing, mega-group are back! The Pussycat Dolls have announced they are reuniting for a world tour, performing together for the first time in over a decade.…

Team Orange 26 Feb 2020 0 comments Events
Continuing in its mission to develop the gaming communities located across the Philippines, Lenovo’s gaming brand Legion recently reached out to gamers based in North of Manila as it inaugurated…