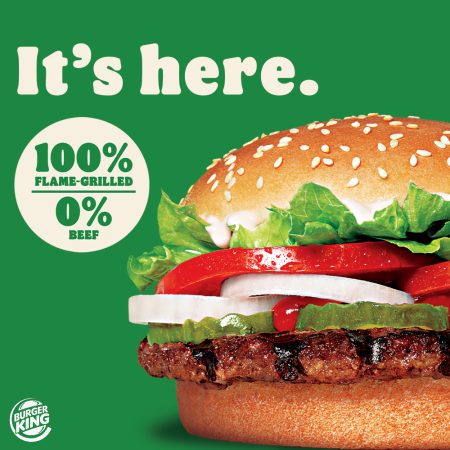 The revolutionary plant-based Whopper, one of the most talked about product launches of the Burger King® brand in recent history, is making its way to the Philippines… and it most certainly tastes like beef!

After making its debut in the US market last 2019, the first Burger King® entry in the plant-based segment became such a hit that other markets eventually adopted it too. This November, Burger King Philippines will be joining the plant-based movement through the launch of Plant-Based Whopper.

100% FLAME-GRILLED, 0% BEEF
Burger King Philippines is changing the game with its new Plant-Based Whopper — a Whopper that’s made from plants, but tastes just like beef. The plant-based patty was made through the partnership with Australia’s #1 plant-based company V2Food. 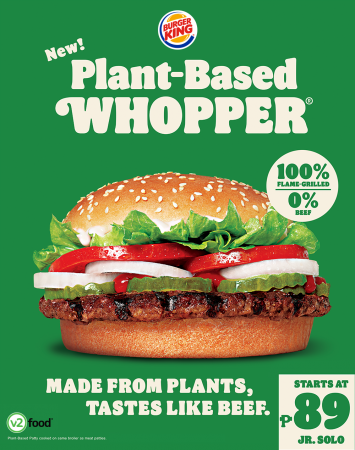 With patties mainly made with soy proteins, it’s hard to believe the Whopper we’ve come to know in all its smoky, flame-grilled glory is replicated in the Plant-Based Whopper but it’s made possible! With V2Foods successfully identifying the flavor precursors of meat and deriving it from plant-based sources, you can expect it to look, cook and taste like Burger King’s signature Whopper Patty.

With its claim-to-fame that it tastes just like a Burger King® signature flame-grilled beef burger, one doesn’t have to worry about consuming less of the good stuff that make up a burger.

“What we are offering our customers is an option. Filipinos are such huge meat-eaters, and the insight for this local roll-out is to provide them with an affordable alternative to reduce meat intake with an equally satisfying product,” says Allan Tan, Marketing Director for Burger King Philippines. “We’ve seen more developed markets making the shift earlier on, and locally, we see the Plant-Based Whopper as a game-changer, a revolutionary product. We wanted to be at the forefront of that shift here.”

COMING SOON TO A BURGER KING RESTAURANT NEAR YOU 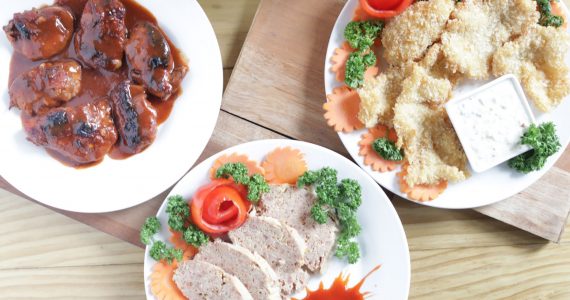