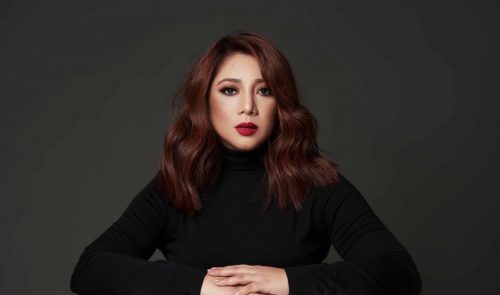 One of the country’s premiere divas, and the original Asianovela soundtrack royalty, Faith Cuneta returns to the music scene this 2020.

After focusing on her own family in the past two years, Faith is ready to perform for her fans once again and her very first project – yes, you’ve guessed it right, is recording for the Philippine soundtrack of the hit Korean drama “Misty” which will air on GMA 7 primetime block beginning June 29, 2020.

The song which Faith has recorded is the hit “It Must Have Been Love,” originally done by Swedish pop duo Roxette and was part of the hit Hollywood film “Pretty Woman” which stars Julia Roberts and Richard Gere in 1990.

Faith’s soulful rendition of the song fits the K-Drama perfectly as it dwells on the story of a successful news anchor played by Korean actress Kim Nam Joo, who was accused of the murder of a former lover, and her estranged husband needs to step in as her defense lawyer. The role has earned Kim at least three Best Actress awards, at the 54th Baeksang Arts Awards, 2nd The Seoul Awards and at the 23rd Asian Television Awards, respectively.

Faith Cuneta is indeed very thrilled with her comeback. “I really miss singing for my fans and for people who just loves to hear good and real music, I am just so excited,” she says. She’s even planning to stage a major concert once the situation clears up for such events.

Her latest single “It Must Have Been Love” is released exclusively by Curve Entertainment Inc., and now out in all digital platforms worldwide.

Team Orange 07 Aug 2020 0 comments Events
The Itchyworms will be hosting a virtual album launch to celebrate the release of their highly anticipated fifth album, Waiting For The End To Start. A few hours before the…

Team Orange 07 Aug 2020 0 comments Advocacies
ABS-CBN Corporation and ABS-CBN Foundation (AFI) commemorate the first death anniversary of Gina Lopez with a month-long celebration of her legacy, which will be showcased on their various cable TV…