The feisty women of ABS-CBN’s family drama “Love Thy Woman” are in for their final battle of wits and instinct as Kim Chiu, Yam Concepcion, Eula Valdes, Sunshine Cruz, and Ruffa Gutierrez continue to pursue love, wealth, and justice in the last two weeks of the series airing on Kapamilya Channel and Kapamilya Online Live.

The brawl between the three Wong families comes to an explosive close as the culprit behind Adam’s (Christopher de Leon) death is revealed. 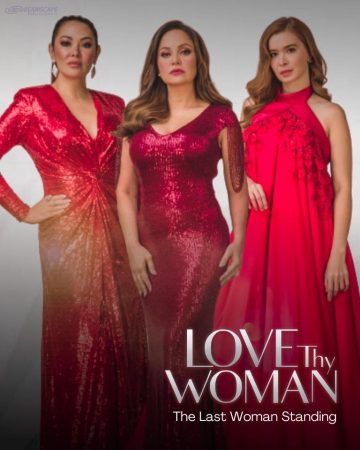 Further steering the family into turmoil is the scheming Amanda (Ruffa), who has turned on Lucy (Eula) and testified in court that Adam’s first wife is his true killer. Although in a turbulent relationship with the suspect, Kai (Sunshine) and Jia (Kim) are not convinced that Lucy is capable of killing her husband. With this, Jia asks David (Xian Lim) for help to further scrutinize her half-brother Gab (Karl Gabriel). 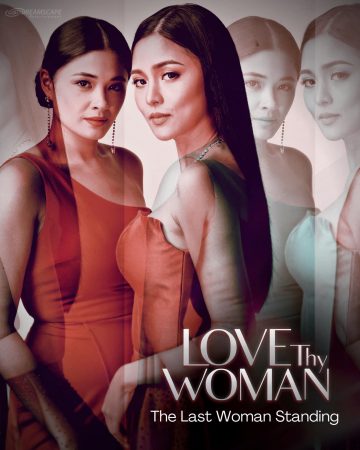 Meanwhile, the rivalry between the half-sisters presses on after the imprisonment of Lucy, as a weeping Dana (Yam) goes to David for comfort. Instead of consoling his ex-wife, David chooses to help Jia in her personal investigations. Filled with anger and jealousy, Dana then heads to Singapore to take back her adopted son Michael for herself.

Is Lucy truly the culprit of all crimes? Who among the five women deserves the right to Adam’s riches? Who between the half-sisters will build a family with David and Michael?

Find out who the last woman standing will be in the last two weeks of “Love Thy Woman,” Mondays to Fridays, at 2:30 PM on Kapamilya Online Live on ABS-CBN Entertainment’s Facebook page and YouTube channel, and on cable and satellite TV via Kapamilya Channel (SkyCable channel 8 SD and 167 HD, Cablelink channel 8, GSat Direct TV channel 22, and PCTA-member cable operators). Livestreaming of the Kapamilya Channel and on-demand viewing of its programs are available on the iWant app and on iwant.ph.