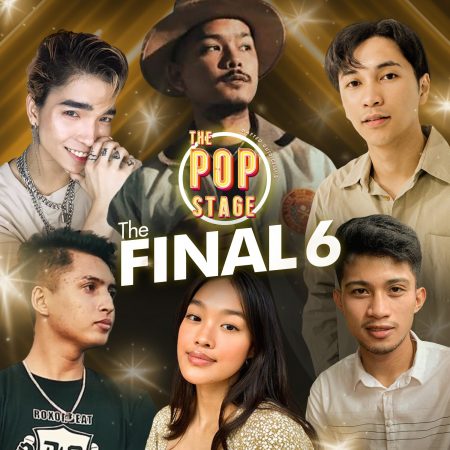 Despite the pandemic, the resourcefulness and creativity of Filipinos continue to shine as incredibly talented individuals take centerstage in “The Pop Stage,” an online show created and hosted by Matteo Guidicelli. Now that the competition is getting more intense, we are getting closer to finding out who will be The Pop Stage champion and bring home the PHP 1 million cash prize from Popeyes Philippines and the 1-year contract with Viva Artists Agency.

The Pop Stage has recently revealed the Final 6 who will be moving on to the grand finals and have a chance to win life-changing prizes.

Guidicelli, together with singers Jed Madela & Lani Misalucha, and G-Force dancer Ritz Beltran, watched and deliberated the 13 semifinalists based on originality and creativity, quality of performance, and entertainment value.
By the end of the semifinals, the six contenders with the highest scores earned them a spot in the competition’s grand finals.

Among the Final 6 is spoken word poet Martin Naling who recited a tear-jerking piece about the struggles and hardships of overseas Filipino workers. CJ Villavicencio, with his cover of “Pwede Ba” by Lola Amour, and Job Christian Tolonghari, who sang an original song titled “O Binibini, Pwede Ba?“, also made it to the Grand Finals.

Joining them in the grand finals are dancer El-John Zian, who grooved to the song “Unang Hakbang” by Quest; Dia Mate who gave refreshing vibes with her song titled “Drowning;” and beatboxer ROXORBEAT with his catchy tunes.

With the Final 6 now complete, the competition is not yet over as the remaining acts prepare to show all they’ve got in the upcoming grand finals. In the end, only one winner will receive the grand prize worth Php 1 million and a one-year contract with Viva Artists Agency. The Pop Stage is presented with the support of Popeyes Philippines and Viva Artists Agency.