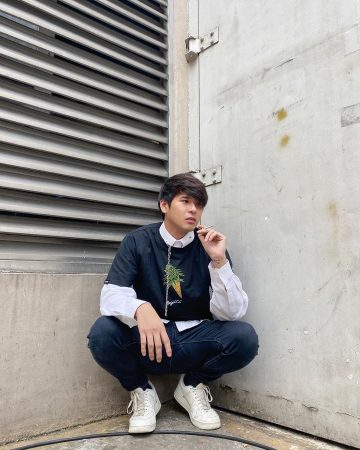 The song puts an emphasis on granting freedom to someone you truly love no matter how painful it may be, and how loving a person wholeheartedly sometimes means settling for half of what you actually deserve.

“Kung Siya Man” continues the forlorn story of Wilbert’s debut single “Maaari Ba,” which looked into the falling out and ensuing collapse of a once loving relationship.

The new song was composed and produced by Wilbert, arranged by Huly Ray Asidor, and executive produced by ABS-CBN Music head Roxy Liquigan.

Before being launched as one of the members of the new wave of “It’s Showtime’s” boy group “Hashtags” in 2017, Wilbert joined the noontime show’s singing competition, “Tawag ng Tanghalan” and the reality singing contest “Pinoy Boyband Superstar” in 2016. Aside from being a mainstay on “It’s Showtime,” he has starred on other projects as an actor, most prominently in the top-grossing film “Hello, Love, Goodbye.”

Listen as Wilbert sings about letting go in the name of love in his newest single “Kung Siya Man,” out now on various digital streaming platforms.