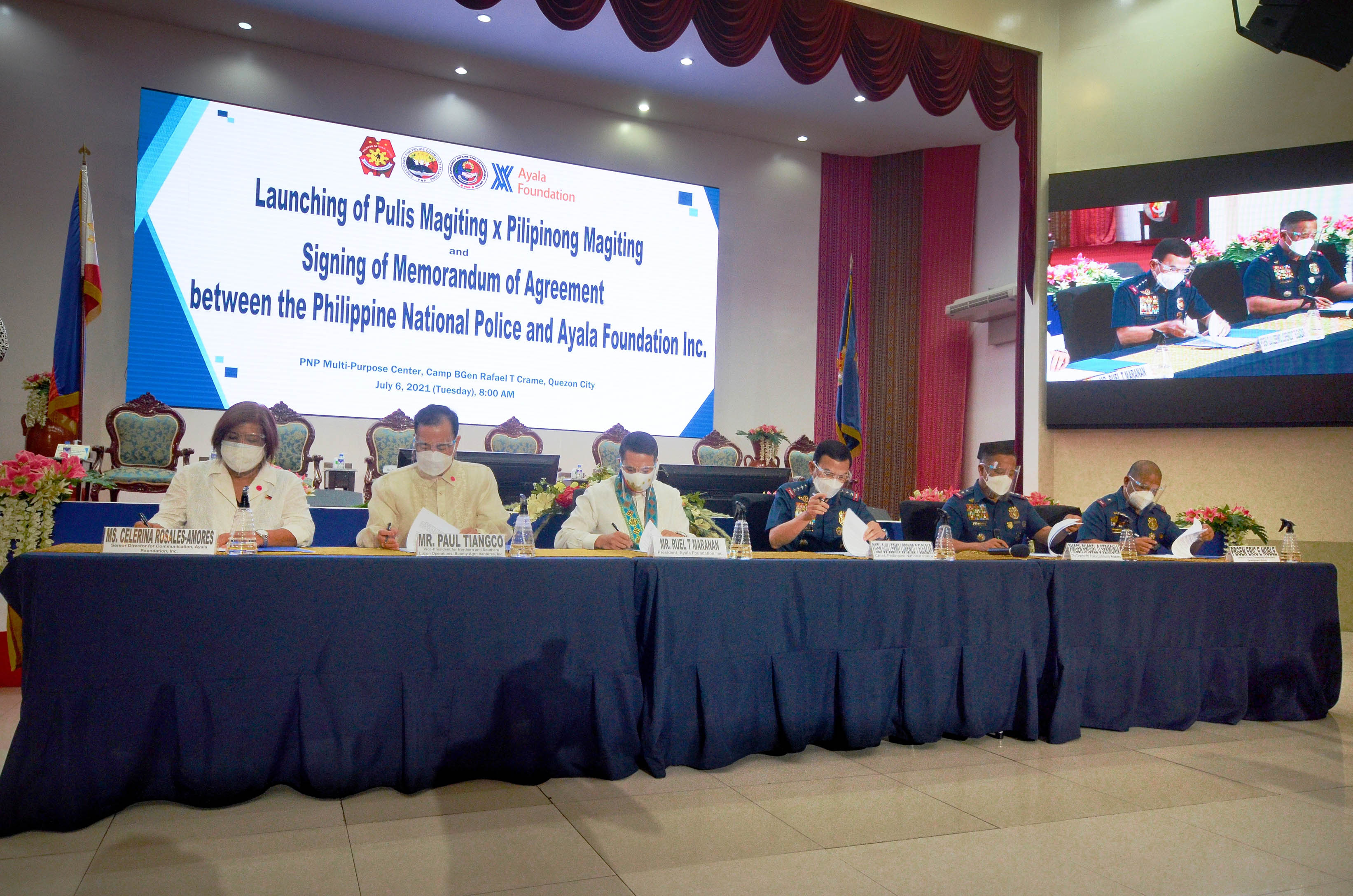 A police lieutenant who did not think twice about breastfeeding a crying baby she found in Barangay Old Capitol Site, Quezon City. A police corporal from Iloilo who distributed face shields and grocery items for people in her community, from the early days of the COVID-19 pandemic up to the present. An off-duty sergeant from Negros Oriental who helped evacuate a PWD from his burning house.

Launched at the Philippine National Police Headquarters in Camp Crame on July 6, Pulis Magiting X Pilipinong Magiting recognizes uniformed personnel who demonstrate the virtue of “kagitingan”—courage or valor—in the performance of their role, or even beyond the call of duty. Each awardee is chosen based on how they have shown a clear love of the country and their local communities, by serving with integrity, honesty, and honor.

As part of Ayala Foundation’s Maging Magiting advocacy program that promotes love of country, Pulis Magiting X Pilipinong Magiting will recognize between 15 to 20 police officers every month who show their pride in being Filipino by doing good and doing right, showing the different ways to express kagitingan in everyday life.

Each Pulis Magiting X Pilipinong Magiting awardee receives a certificate of appreciation, a cash award from GCash, and gift certificates from Chooks-to-Go.

Pulis Magiting X Pilipinong Magiting counts the Ayala group of companies, GCash, and Chooks-to-Go as its major business sector partners, and is actively encouraging other members of the private sector to show support.

Pulis Magiting X Pilipinong Magiting is also one of Ayala Foundation’s key initiatives for the year, as it celebrates its 60th anniversary.